Google, Snopes (which is based in my hometown!)

Jade Chang at her home in Los Angeles. Photographed by Austin Hargrave.

Jade Chang is a writer to watch. Her debut novel, "The Wangs vs. the World," is a New York Times Editors' Choice and was named one of the best books of 2016 by Buzzfeed, NPR, Elle and Amazon (to name a few). She is the recipient of a Sundance Arts Journalist fellowship and was nominated for the PEN/Robert W. Bingham Prize for Debut Fiction. Out now in paperback, The Wangs will be published in 12 countries.

Hi Jade! Let's just jump right in.“No one reads anymore” is a refrain you hear a lot in today's visually-driven digital culture. As a writer, do you agree?

Absolutely not! Just think about your typical day — I bet you read scores of articles that you see posted on social, that friends send you, that are mentioned in newsletters that you subscribe to, etc. I don’t think that words and images are at war — they’re both ways to tell a story.

Do you see the internet as a threat to the publishing industry?

I don’t really feel threatened. I think there’s a big difference between whether or not people buy printed books and whether or not they read. Basically, I’m platform agnostic. Will it affect the publishing industry? Probably, but every industry needs to find its way as the culture changes, and publishing is no different. Although I love old tales of the NYC lit world, I don’t feel like things need to stay the same to be good.

Also, I think that every art form is in a state of constant flux. It may be happening so gradually that we can’t see which direction it’s going, but the novel has to change the same way that movies have changed or the concept album has changed.

Your book centers around a Chinese-American family and their hilarious cross-country road trip. Did you do a lot of online research (especially for the road trip part)?

It helped enormously! I actually have an entire acknowledgments page that’s basically just a thank you to Google. I say there, and I still mean it, that I wish I’d kept a real record of all my searches and what they uncovered. So much of that didn’t make its way into the book but is almost like another story or journey all its own!

What’s the weirdest thing you’ve encountered on the internet?

The internet is a bottomless pit of weird that is impossible to quantify. I mean, in its own way a racist screed on Twitter is totally weird. Any statement by the current administration is 100% weird. You know? Are those things any more or less weird than some over the top performance artist? I don’t think so. Here is my favorite thing that is not weird to hermit crabs, but pretty weird to me! “I don’t think that words and images are at war — they’re both ways to tell a story.” Jennifer Egan, who wrote one of my favorite books of all time ("A Visit from the Goon Squad"), does an interesting thing on her website with backstory and some explanations of real-life moments that inspired moments in the novel. I’m sure there’s a lot more exciting and experimental stuff going on in other literary worlds, and now I want to go uncover some of it!

As a former Goodreads editor, what surprised you most about people's reading habits?

So many things! I didn’t know much about the many rabid fandoms that exist, I didn’t realize how many millions of people would be very enthusiastic about keeping exact track of their book stats, I had no idea that Romance was such an immense (and lucrative!) market, and on and on. It was a pretty fascinating job!

Oh my god, so much!!! Mostly TV. Of course I’m loving "Master of None" and "Atlanta" — probably my two recent favorites — but I’ve also been a huge fan of "Fleabag," and "Younger" is a really fun watch. It’s lighter than these other shows, but I enjoy their comic take on the publishing industry. I also watch a ton of standup specials on Netflix even though I’m no longer researching standup comedy. Ali Wong, Bo Burnham and Demetri Martin are three recent-ish favorites.

I probably still listen to "WTF with Marc Maron" and "Fresh Air" the most, but a lesser-known one that I’ve been fascinated with recently is called "Sleepover with Sook-Yin Lee." She invites three total strangers to spend the night together — one of them describes a problem that they’re having, and the other two help them solve it. It’s unexpected and fascinating and fulfills my love of social experiments and advice columns!

If you invented an app, what would it do?

Convert you to a benign cult. If you invented an app, what would it do?
"Convert you to a benign cult."

Like everyone else, I can get addicted to the feed. What is it about that constant scrolling that is so satisfying? Here’s how bad it can get: The other day I finished a book and found myself sitting there, staring at the blank space on the page because I expected another book to just feed right in! Scary, right?

Who are your favorite people to follow on social media?

That’s an impossible question! Here’s something I read that’s still on my mind.

Do you think reading on a screen fundamentally changes the experience?

You know, to me the only difference is physical. It’s annoying to have to keep turning the page on the Kindle because there’s less room for words and you only see one page at a time. But once I’m absorbed in a story, I’m in — it doesn’t matter how I’m reading it! What are you coveting online right now?

Honestly, the only thing I covet these days is a house with a view! But I guess if we consider Redfin an e-comm site, that counts!

Do you have a go-to GIF?

Would you believe that I’ve never used a GIF? And for the most ridiculous reason ever (not because I can’t pronounce it!). I just really don’t like it when things move repetitively like that! And yet…I love Boomerangs, so that’s not a very good explanation.

Any other recommendations up your sleeve?

You’ve gotten all my good stuff!

Keep up with Jade: 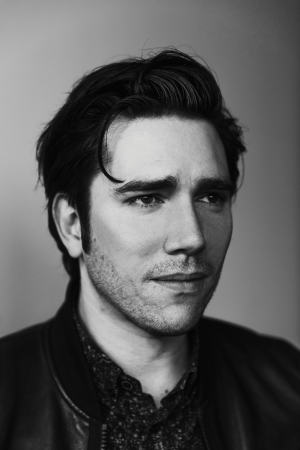 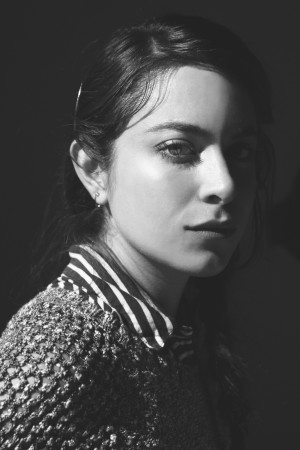