iPhone, Beoplay H3 (for outside), Sonos Play:1 (for inside), Macbook

my daily Nuzzel and Sidebar newsletters

Nine years ago, Torsten Bergler teamed up with fellow graphic designers, Tim Seifert and Frederik Frede, to launch Freunde von Freunden, a website that pays house calls on creative types around the world. Since then, the popular Berlin-based site (whose name translates to "friends of friends") has spawned two books, a design showroom/event space, a community hub and countless partnerships with major brands and creators.

Bergler, meanwhile, has also found time to launch an integrated creative agency, MoreSleep, and a graphic design resources site, Design Made In Germany. Below, The Caret catches up with the busy Berliner about Freunde von Freunden, nostalgia-inducing apps and the stagnation of digital design.

Hi Torsten! We love FvF. How did it get started? What's your origin story?

At the end of 2008, there was the financial crisis so we lost two big projects and had some spare time. So we (Tim Seifert, Frederik Frede and myself) thought, ok, let’s do something where there’s no client involved, because, as a creative that’s what you always fantasize about, right? So we just did it, and tried things out and did it the way we thought was right.

What is your role today?

Well, it's a great combination of the three of us. Tim is doing the sales and business development, Frederik is the Editor-in-Chief and Creative Director, and I’m taking care of the tech and the system in general, and together we are talking strategy, where we wanna go and what we would like to do etc. And it's working out quite well.

How do you explain the site's success? What is the core appeal?

There are two sides I think, one is getting a peek into people's homes, and getting inspired by that. This kinda voyeuristic side of it. And it’s also about introducing the readers to interesting people, that are our friends. I always say that it’s about connecting dots without any boundaries, connecting readers, brands, friends and having fun at the end while creating something that people enjoy. And now we have the FvF Apartment and the Friends Space, where we can bring people together in physical spaces.

Who are your favorite profiles?

My favorite is someone that I knew already. Erik Spiekermann. He founded FontShop, a type foundry. When I studied he was my professor and I think 3 or 4 years later, we interviewed him for FvF so it felt like I’d come full circle.

There was also a guy we interviewed last year, Julius von Bismark. He’s an artist now and he’s pretty successful. I studied with him so that felt full circle, too. Getting friends into something that you created, that’s my personal favorite.

We did one with the band, Moderat, which I’m just proud of because it’s people that I admire. By agreeing to be interviewed on the platform it was like they were saying, “Yeah we like the stuff you’re doing.” That’s kind of the best compliment.

What about in general? What is FvF's most popular post?

That’s probably Christian Boros; he owns this WWII bunker in the city centre of Berlin. He’s housing his art collection in there and on top of it he built his home. It’s also in the first FvF book. Torsten Bergler outside his office in Berlin. Photographed by Austin Hargrave.

“In Germany, [online] privacy is really important. There’s a lot of fear whereas the US is much more open and forward.” Is there a cultural disparity between the German approach to the internet versus the American?

Yeah, there is. It’s huge. In Germany, privacy and all that stuff is really important. It’s like “Oh what is this? Let’s check it out and make sure it’s fine and clear.” There’s a lot of fear whereas the US is much more open and forward. We as a company, we approach it with a more international perspective. Our team is quite international. So we tend to be more open-minded and curious. Germans are always like “hmmm.” You have to get them into something and then they see the good but it’s quite hard to do.

What are big apps in Germany that haven't maybe reached the US?

It’s hard because it’s pretty influenced by the US from my perspective. Let me check my phone.

One thing that’s super handy is an Austrian app called Nuki that let’s you remotely unlock and lock doors. We use it in the office. We don’t have to hand out any keys anymore. It’s just making life easier. It’s the small things, you know?

Timehop. Do you know that one? It's actually American. It collects the data from social networks and your phone camera and then displays every day what you were doing the year before.

It’s interesting—how you change or seeing the difference between photos. Let’s see, last year on this day we had a nice dinner at the apartment with nice-looking food. It’s just for the sake of being nostalgic.

I think also my app behavior has changed throughout the years from trying everything to being like, ok, I just need this this and this. Maybe it’s a little bit of growing up and not being the curious guy anymore? “My worry right now is that digital design is not progressing. Everyone is looking at the same things and no one is pushing any new boundaries.” How do American and European digital design differ?

That's not an easy question to have an answer for. European digital design feels always a little behind. A lot of European design companies get inspired by all the big US companies/startups. The US market is quite influential. But design is also quite global(alized) these days, so it's really hard to draw a line.

Overall, what trends are you seeing right now?

It’s getting more and more reduced. It’s getting bigger typography. I had this feeling the other day when we were working on a microsite. We used shadows, big typography, outlines–all the stuff that’s pretty zeitgeist-y right now. And then I thought, ok, what can we do to be different and stand out? And there was nothing that I thought of that hadn’t been done yet. It feels like right now we are in front of the door and it’s not open yet.

Ha yeah. My worry right now is that digital design is not progressing. Everyone is looking at the same things and no one is pushing any new boundaries.

Do you attribute that to the internet and globalization?

Yeah. Everyone sees the same things because they look at certain pages or inspiration collections. I think with globalization you think, ok it’s opening up everything and you can see everything but then everyone just sees the same things and it’s not really helpful because no one’s thinking,"Well, how can I do it differently?" If I think about sites that I’ve looked at in the last few weeks, they usually have black and white backgrounds and big, outlined typography. Everyone is using Sketch for designing websites and therefore the sites tend to look similar. And it’s new so no one is trying to break it like we did in the days of Photoshop, finding workarounds and stuff. Right, limitation breeds ingenuity. So where do YOU go online for creative inspiration?

I try to get as much inspiration delivered to me, and less surfing the net for it. Newsletters like Sidebar, Visual Journal and the weekly siteInspire are perfect. It’s handy and curated already. Or I am just a little lazy. ;)

Are there any new sites that impress you?

The ones that push boundaries, that think further and/or ahead. I don’t have specific examples, it’s that inner feeling that you get when you look at them: Impressed, inspired, and a little bit jealous because you would love to have the same idea.

And of course—last but not least—what are you streaming right now?

No podcasts. I don’t know why, but I can’t find moments when I could listen to them. And I get so much input throughout the day, that I kinda need a pause before and after. Music is much easier. There’s a mix that I really enjoyed the last weeks: Gelka—Out of the Woods Mixtape. And for TV, Netflix all the way.

Keep up with Torsten: 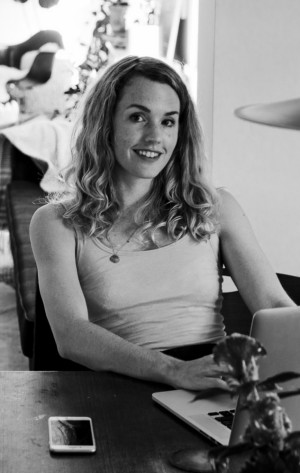 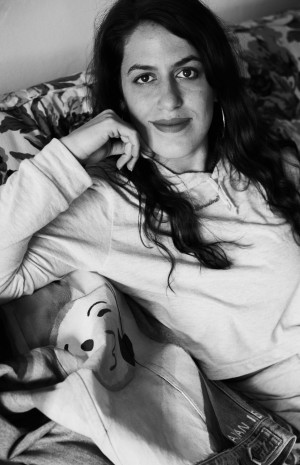