Politico, The Washington Post,  The New York Times, Google for the neverending "search for beauty amid chaotic glamour" (as it's called on the Chinese search engine Baidu)

Virginia Heffernan at her home in Brooklyn. Photographed by Austin Hargrave.

If The Caret had a patron saint, it would be Virginia Heffernan. The NYC journalist brought the internet to the culture section with her 2008-2012 New York Times Magazine digital media column, "The Medium," where she approached her subject matter with a blend of intellectual rigor, pop fluency and a rare-for-the-time enthusiasm. Her engrossing 2016 book,"Magic and Loss," picks up where her column left off, making a case for the internet as "the great masterpiece of human civilization."

These days, Heffernan can be found cohosting the Slate podcast "Trumpcast" and writing regularly for Politico and Wired. Below, she talks about what she's gotten right and wrong about the digital age and why her most recent coverage is more wary of its charms.

Hi Virginia! We have so many questions for you we’re not sure where to start. Sooooo…we’re passing the buck to the award-winning journalist. What’s the first thing we should ask you about?

How did the idea for"The Medium" come about?

Jim Schachter, who now runs WNYC, had been with me in the arts section of the Times, and when he went to the Magazine, he proposed I write "The Medium" there. The title was his idea. We both thought that there was a culture evolving online; that the internet was not just a business or tech story. I had been writing about YouTube videos — like the "Brokeback Mountain" mashups and parodies — already for the daily newspaper. We thought I could expand that, and address some of the oddness of incipient web 2.0. Columns were on stuff like the new high-def makeup for HDTV, and its relation to human skin. The digital sound mix in "The Hurt Locker." The phenomenon of thinspiration. It was half eccentric exploration and half an explainer, for people just understanding what broadband was doing to and for the culture.

What do you think you’ve gotten right about the internet?

Very soon after I saw an app on an iPhone it occurred to me that the web — URLs — would no longer be our access to the commercial resources of the internet. Anyone who could afford it would decamp for apps, which would mean we were getting the same formerly free stuff, but for a price (sometimes subscription rates or in-app purchases, sometimes the forfeiture of data). Our municipal water was now decanted in fancy crystal goblets. It's the way of urban life. Something gets lively, exciting, and dangerous (with malware, "predators") and everyone wants a McMansion. Apps on my phone even look like Levittown seen from the sky. “I liked immersing myself in VR and discovering that VR produces an almost violent longing for real life.” What do you think you've gotten wrong?

Early on, I got wrong that everyone would love the imaginative trip of the internet the way I did, and the people I grew up with online did. I heard people saying they were nervous about it, and I just thought they needed to find more stuff they liked. I must have shown reluctant boomers the fun of Maria Callas videos on YouTube — or a tweet by Simon Schama — a dozen times, thinking a light would turn on. It often didn't. Finally, I learned to take seriously the anxiety and profound grief that digitization has brought with it. I don't think we're anxious for the same reasons that early critics of the internet believe we are — or Luddites like the Unabomber — but I do think we are in a prolonged confrontation with the uncanny now. And it's nauseating — and sometimes terrifying.

Ten years ago, I would have thought future me was just being precious and old. Now I think the fearful among us were apprehending something very right. They also tuned in to security risks that didn't phase me from the very start. Lots of very early players on the internet are now off it entirely — or use only the dark spots. Clearly, since the relentless, ruthless Russian cyberattacks of the past few years — the ones that gave the election to our treasonous oligarch president — the web is a much, much more perilous place to be, overrun by propaganda, disinformation, trolls, bots. I wouldn't write a thrilled story about the artistic possibilities of Snapchat at this moment.

Central to “Magic and Loss” is the concept of the internet as a giant and collaborative work of art. What—in your opinion—are some of the best examples of creativity on the web right now?

There are certainly beautiful tweets. Noah Smith recently tweeted: "15 years ago, the internet was an escape from the real world. Now, the real world is an escape from the internet." Beautifully and simply said. Traditional artists like Laura Karetzky have started incorporating phones and screens into oil paintings, and then rendered those paintings on Instagram. But in general it's the massive software project that opens a sport for all these new forms — the Facebook paragraph; the Twitter epigram; the vanishing photo — that represents the masterpiece. The artifacts can be good, can be cruel, can be doggerel. Calling something art is not calling it great art.

What was the most interesting thing you learned about while researching for your book?

In your excellent article “Escape the Matrix” in the September issue of Wired, you write, “The trick is to read technology instead of being captured by it.” Can you explain what’s at stake here?

I advocated reading the internet and not living it in "Magic and Loss." What's at stake is our literacy. We're just bombing down a Twitter thread or an Instagram feed and not carving turns in it, not making meaning of what we see, not bringing suspended skepticism and actual skepticism to the affair. Not actually reading. And reading is very enlightening and deeply pleasurable. But at the same time, when we're not reading, our body and lizard brain start to believe we are having actual experience in three-dimensional space. And we get quixotic about the metaphors. So a "troll" comes to seem like an actual hideous creature hiding under a bridge, out to hurt us. We become like those mythic Parisians at the early Lumiere film — stampeding out of the theater lest we be flattened by the train on the screen. “I really wanted to make the case for the imaginative wonders of the internet.” “Magic and Loss” is fairly bullish on the digital revolution while your recent Wired article seems more cautious. Have you had a change of heart?

(These are great and hard questions.) In "Magic and Loss," I really wanted to make the case for the imaginative wonders of the internet. I wanted to invite people to participate without guilt in the massively multiplayer online role-playing game that can be especially interesting and bracing and enlightening for people who like to write and read and work with images and music. Suspending the body, for limited spells, in favor of the life of the mind is a practice with a long history.

But I didn't expect that we'd throw in with the internet in such unimaginably huge numbers, and lose the mindfulness about it that makes this kind of reading so stimulating and inspiring. I also, myself, started to miss full sensory experience. Something in the close-but-not-exact rendering of life on the internet started to seem...nauseating. I wanted to look harder at trees, be able to distinguish leaves and not just GIFs. At the same time I wanted to put daylight between me and the internet. Read it, but not get lost in it.

You encourage visitors on your site to use their online stalking skills “for good.” Who/what have you been stalking these days?

Best places to give to victims of Hurricane Harvey. Charities need their tires kicked, and in the midst of this crisis it's good we have the internet to do that for us, and quickly. I started giving to the Red Cross, but a few journalists on Twitter pointed out some flaws in the way it does business. So I dug up Charity Navigator, which tests the effectiveness and financials of major charities; it recommended Houston Food Bank.

A great piece about lobbying by Nick Confessore in this week's New York Times Magazine.

We’re ready to become tech billionaires, what should we invest in?

If you invented an app what would it do?

A few years ago a friend and I got pretty far along with a secure texting app. But then Signal appeared, and it was too good to compete with! I think if I had all the resources in the world I'd try to invent a puzzle game — a simple, elegant app game like 1010!. But wouldn't we all want to do that? It's like saying I wish I had invented poker. "I'm both afraid of surveillance and afraid of not being surveilled enough. I'm very, very afraid of the Kremlin."

What’s your most oversent emoji?

I like the rainbow emoji. I can't tell what I mean by it.

What are you streaming right now?

For podcasts, I have to say I like "Trumpcast" (which I co-host with Jamelle Bouie and Jacob Weisberg). I also listen to "The Daily," Tara Brach's dharma talks, "10% Happier With Dan Harris" and (in season) "Invisibilia."

As a kid playing MUD on a dial-up modem, you’ve been online since the early 80s. What web 1.0 artifacts are you nostalgic for?

Message boards. In the last two decades, I have lurked or posted or lived on boards about prison life; perfume; men's fashion; pregnancy; and parenting in New York City. The boards used to evolve their own idiom, cobbled-together design, emoticons, leading characters, supporting characters, quarrels, factions, consensuses. Sometimes there's even a slam board — a backchannel where people gather to talk about the main board. People come to boards seeking specific help (on whether FILA is corny, say, or whether to induce at 41 weeks or wait to 42, etc) and, after a time, move in. The boards appeared for no reason — out of the founders' curiosity or loneliness — and became a group effort. No money changed hands, no ads. I still happily remember on the parenting board being "hugged" when people would take my handle and surround it with parentheses. (((((((@The_Caret))))))) — doesn't that feel good?

Ok, last but not least, what future aspects of technology scare you the most?

I'm both afraid of surveillance and afraid of not being surveilled enough. I'm very, very afraid of the Kremlin.

What excites you the most?

The possibility of a more humane and beautiful internet. I intend to stay and, I hope, help.

Keep up with Virginia: 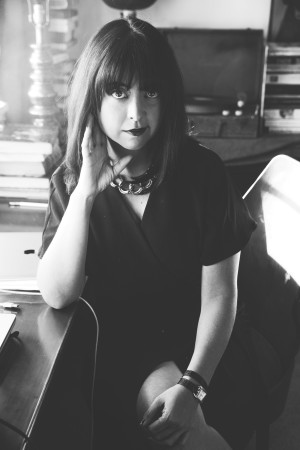 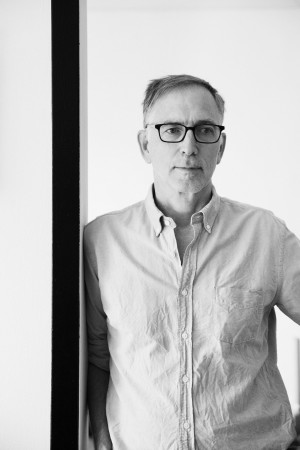