We discovered writer/digital innovator Carly Ayres by way of her homepage—an editable Google Doc made long before such sites became the design trend du jour. A fixture in New York's creative community, Ayres is known for her precocious, ahead-of-the-curve sensibility. She co-founded the highly revered, sadly now defunct design and technology studio, HAWRAF, and runs 100sUnder100, a Slack group and event series for creatives “under 100 years old.” Her current gig—fittingly—is at Google, where she’s part of the UX Community and Culture team. As it turns out, Ayres is a true "Docs" connoisseur. Below, she shares her favorites. 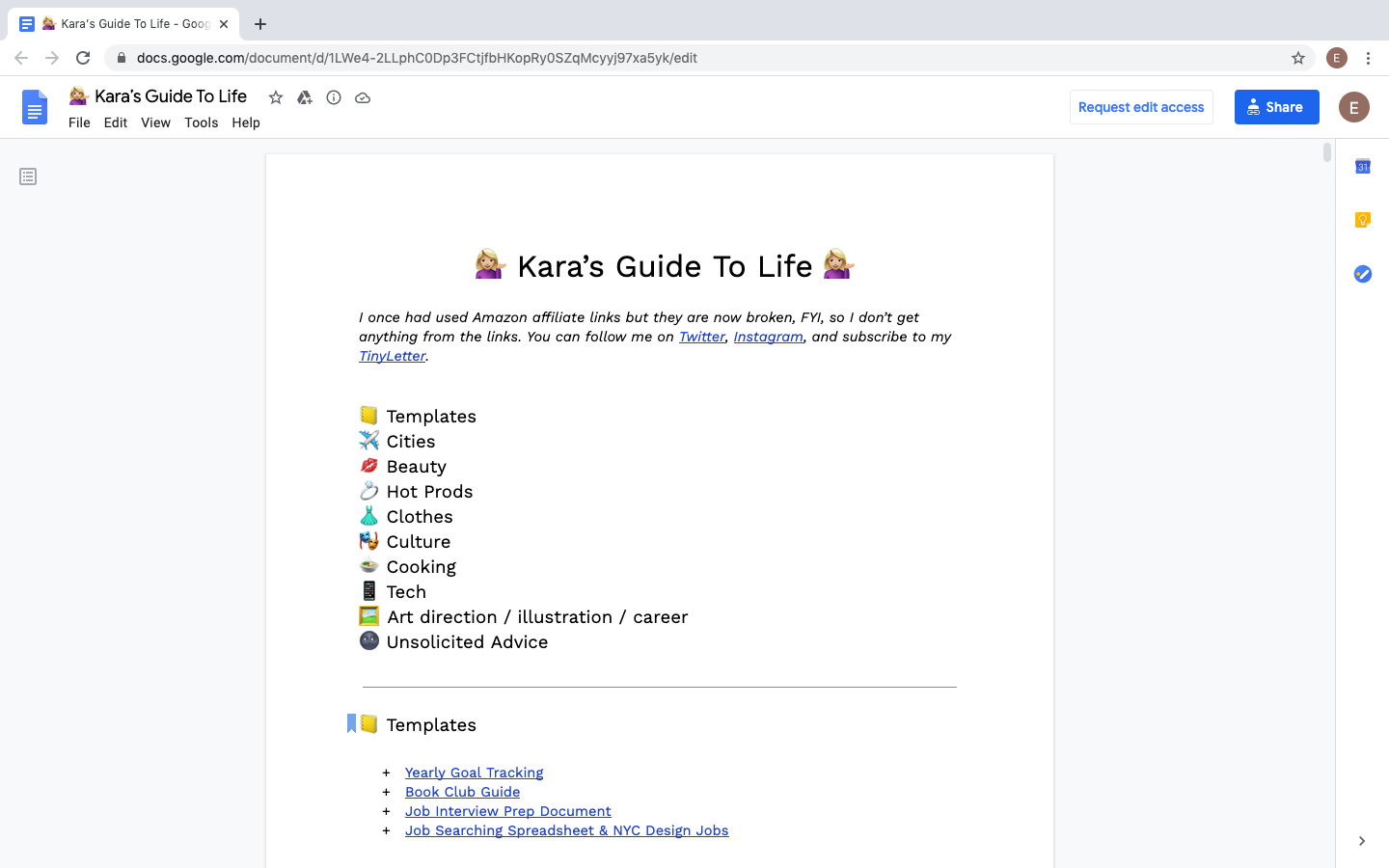 "Like 'Clarissa Explains It All' if Clarissa was a twenty-something art director in Brooklyn with a book club. I’ve relied on Kara’s annual goal tracking template for YEARS and her advice on art direction/illustration/careers is thorough and helpful, like the rest of this doc." 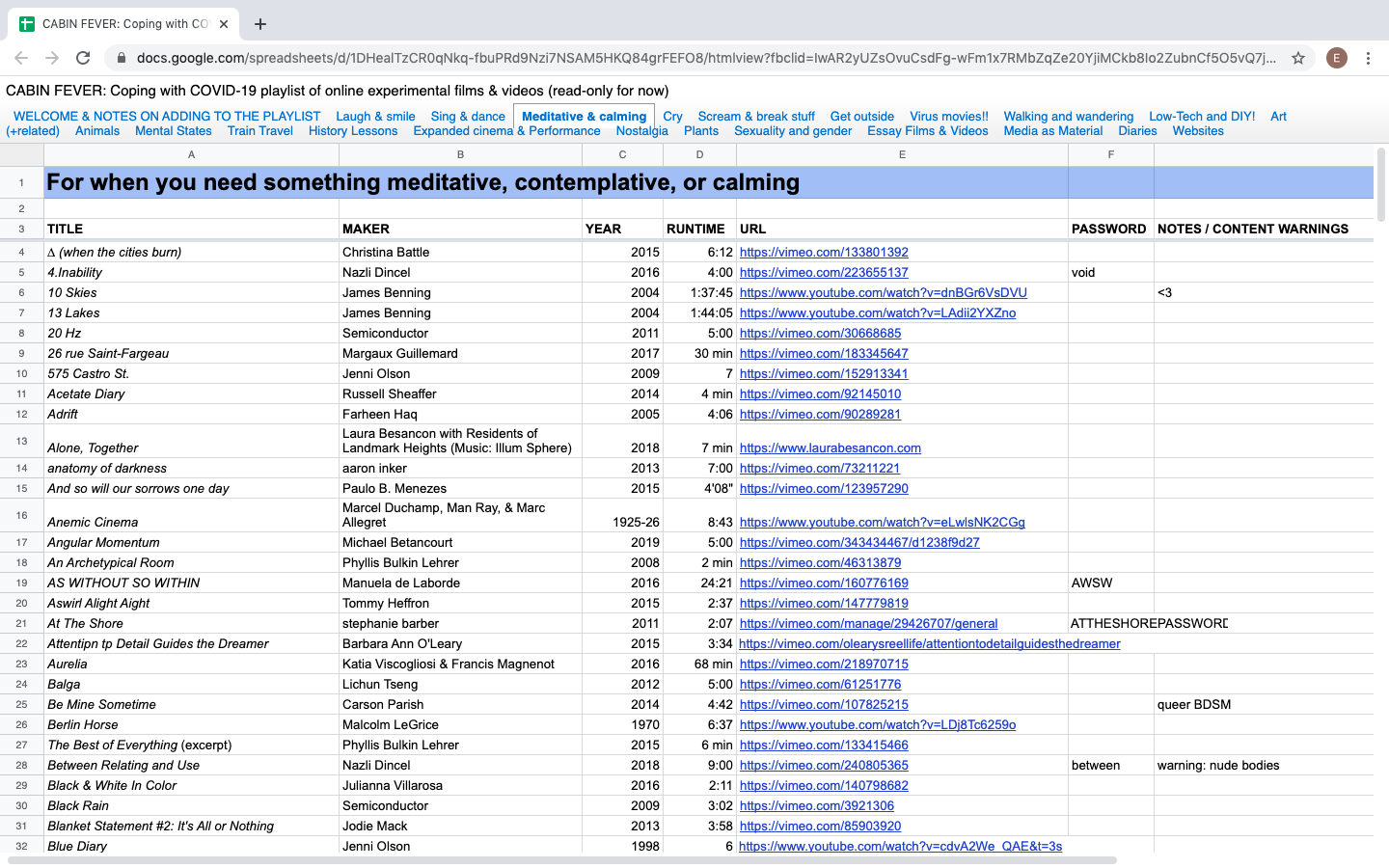 "For when Quibi just won’t do, I stumbled upon this incredible archive of online experimental films and videos (thanks to Meg Miller’s Good Google Docs Are.na) organized by topic and sentiment. Whether you want to scream and break something or laugh and smile–find the perfect visual stimuli to scratch that itch." 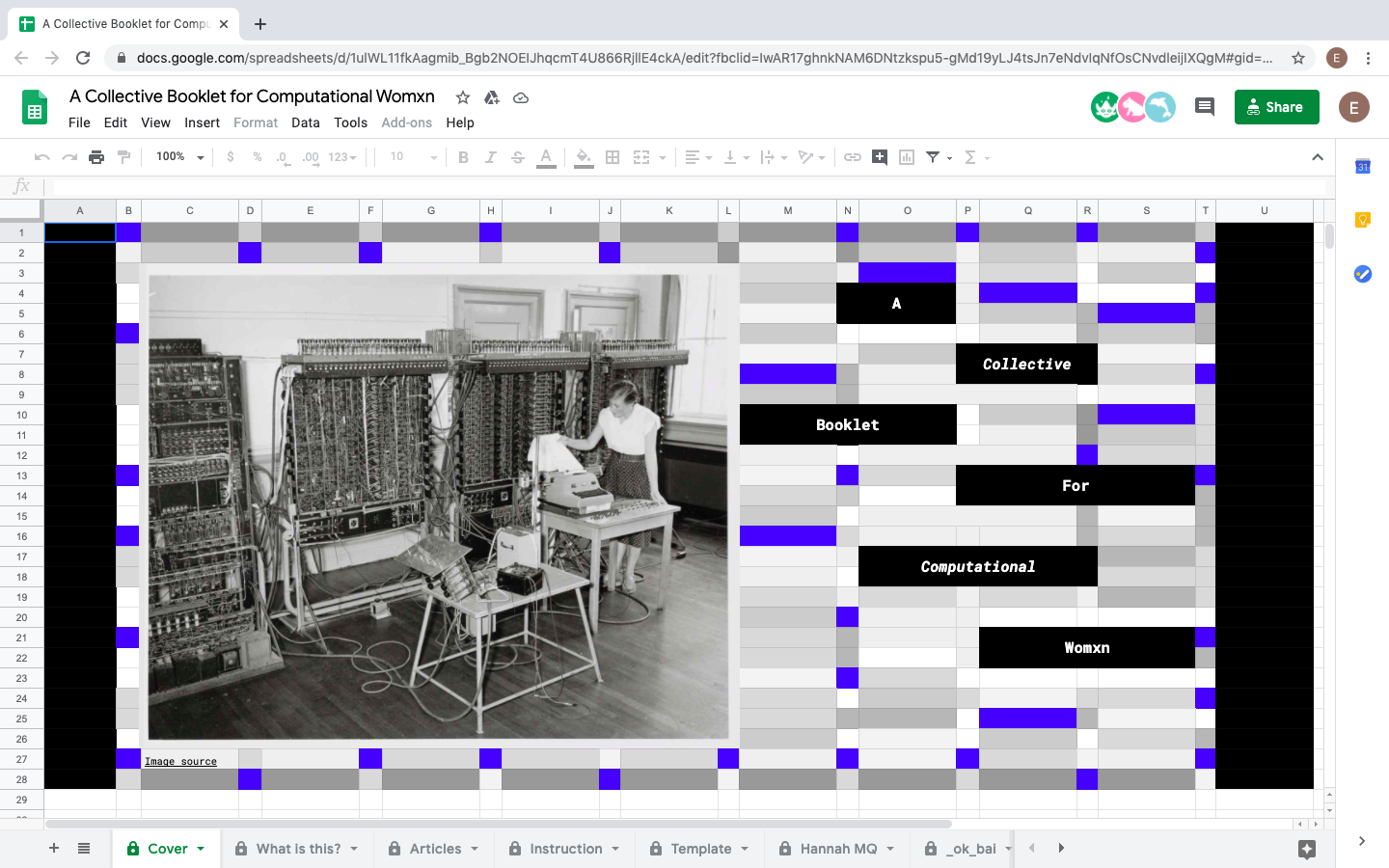 A Collective Booklet for Computational Womxn

"Soyun Park created this booklet of articles, instruction, and profiles of various womxn in computer science and programming to counteract the stereotype of the field being dominated by men and to encourage more womxn to explore technology." 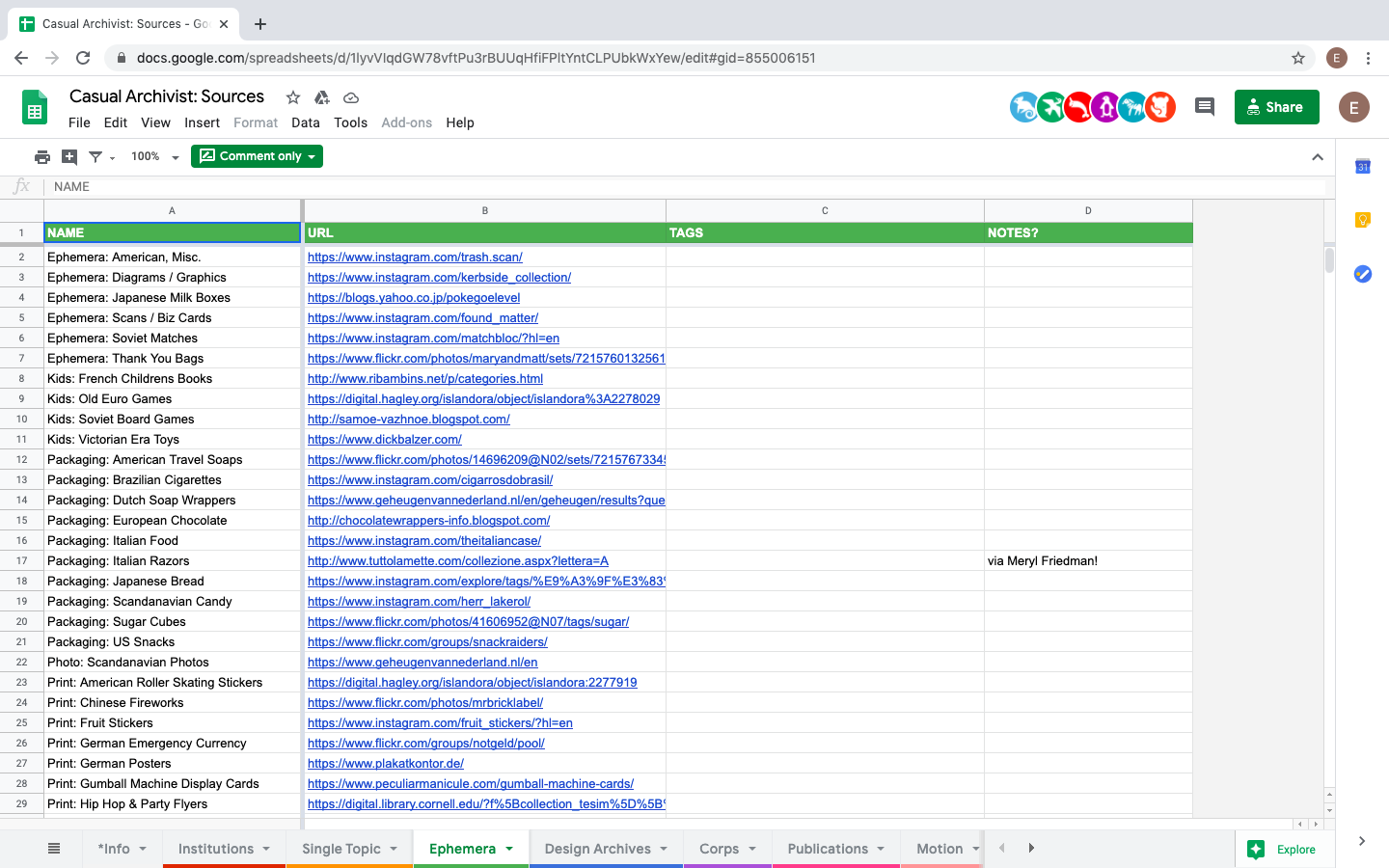 "The Casual Archivist is a living document of archival and visual resources for designers, artists, etc. grouped by genre and topic and generously offered up by Elizabeth Goodspeed. She also runs a newsletter by the same name, full of wonderful found imagery and ephemera." 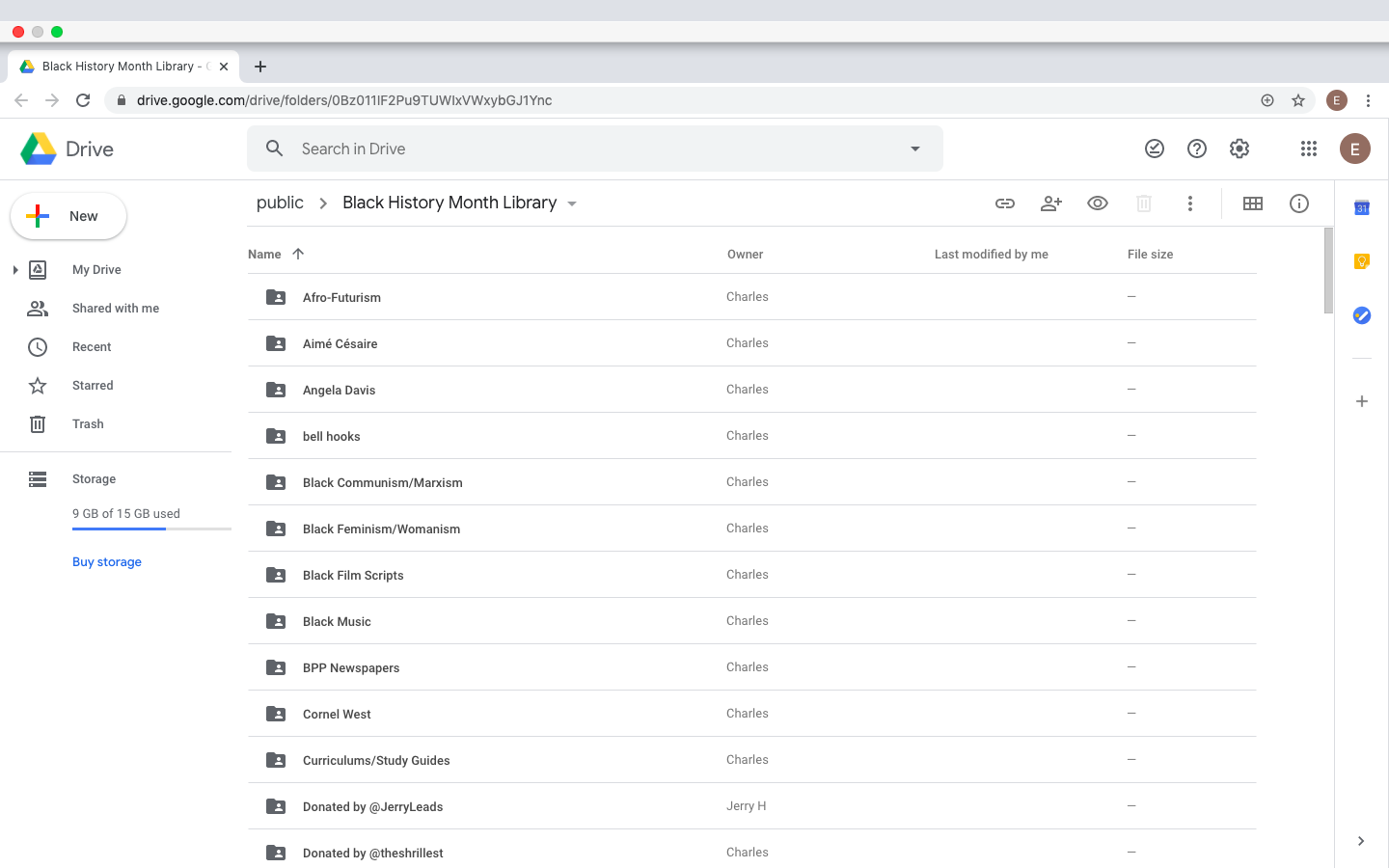 "I’m a sucker for a Google Drive of resources and this one, created and shared by Charles Preston, is an absolute gem full of films, readings, and referrals around Black history and activism." 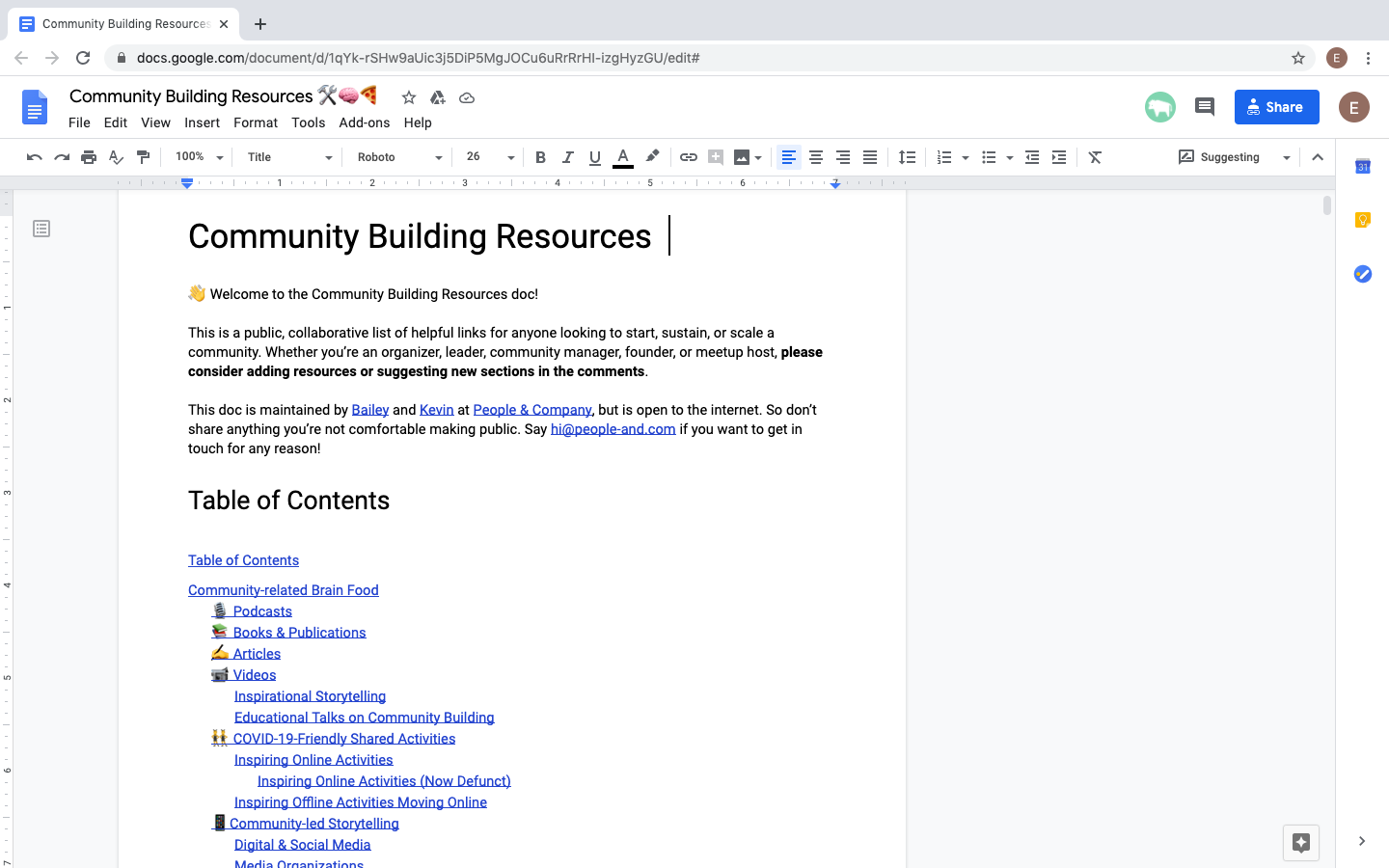 "We need community now more than ever. This public, collaborative list is for anyone looking to start, sustain, or scale a community from the wonderful folks at People & Company." 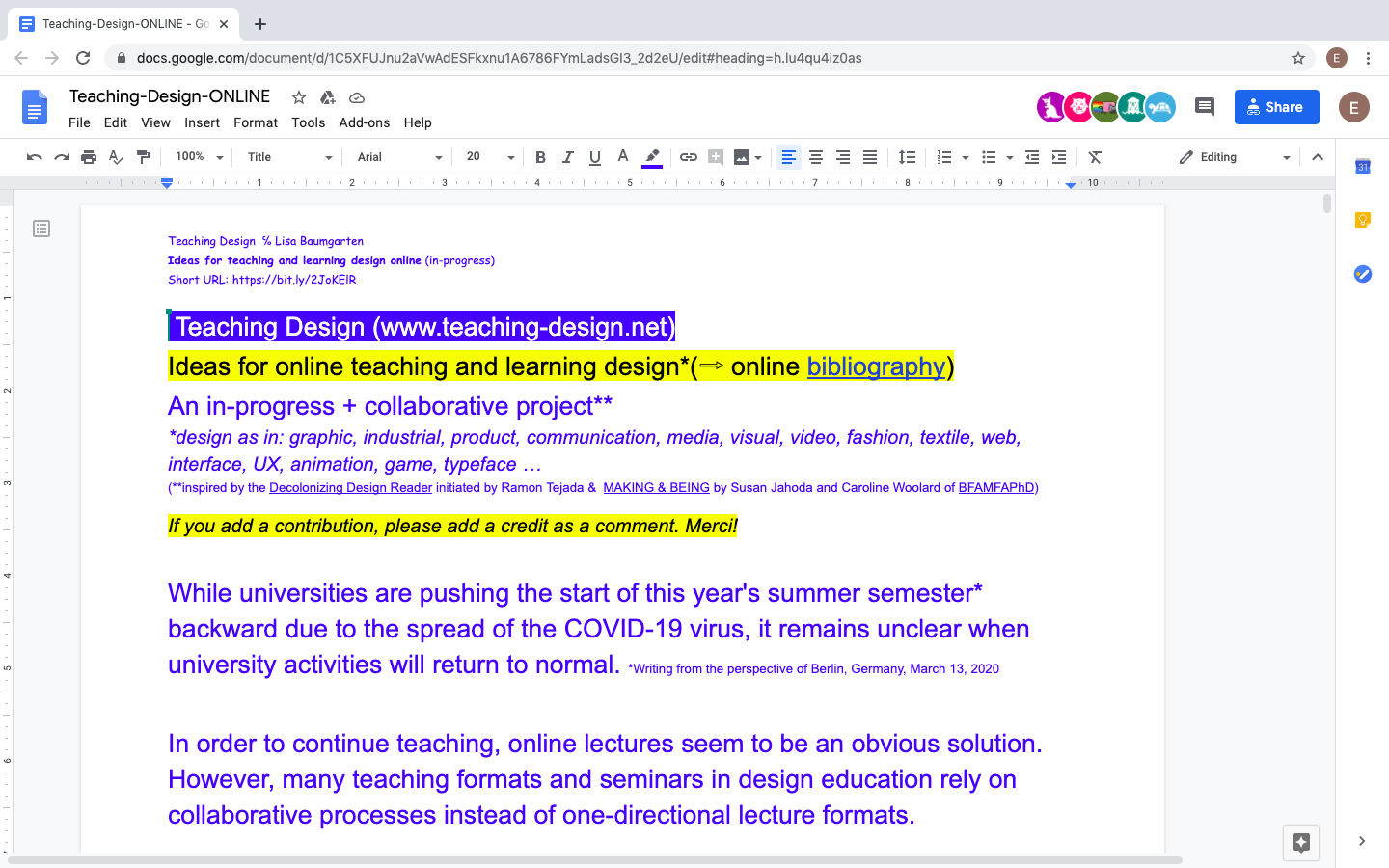 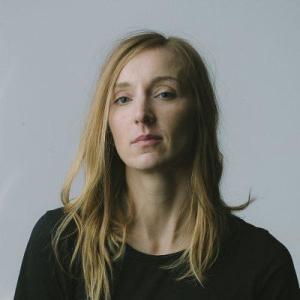 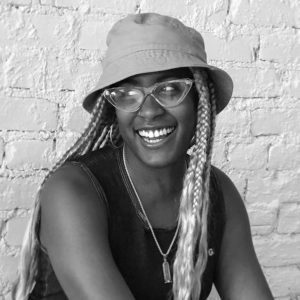