iPhone 5 (ancient, I know! But I dislike the bigger screens).
MacBook (with a sticker that says “Skynet” in the Google logo colors).
Kindle Oasis
Ringly (in gold & emerald)

Digg Reader (does that count as a site?).

Kate Darling in her office at MIT Media Lab in Cambridge, Massachusetts. Photographed by Joyelle West.

An expert in the emerging field of “Robot Ethics,” Kate Darling has a pretty fascinating day job. A Research Specialist at the MIT Media Lab and a Fellow at the Harvard Berkman Klein Center, her work explores the near-term effects of robotic technology, with a particular interest in law, social and ethical issues. She runs experiments, holds workshops, writes and speaks about some of the more interesting developments in the world of human-robot interaction, and where we might find ourselves in the future. (Also, fun fact: she met her husband on Twitter.)

For those unfamiliar with the field of Robot Ethics (i.e. most everyone), can you explain a bit about what you do?

I research, write and think about the near-term social, ethical and legal effects of integrating robotic technology into our lives. I’m also the intellectual property advisor to the MIT Media Lab. Robot Ethics is a field of study focused on ethical questions around the use of robots, for example whether some uses of robots are problematic or beneficial.

What kind of experiments do you conduct?

Honestly, for me the most interesting experiments have been the failures (as in, poorly designed studies that had to be scrapped), because I’ve learned so much about methodology from making stupid mistakes. But other than that: Palash Nandy and I did a study where we made people smash robots and looked at both the effect of giving the robot a name/backstory and also the relationship between the participants’ general tendencies for empathy and how long they hesitated to hit the robot. (Spoiler: empathic people hesitated more.)

What are the best robots on the market right now?

I’m a big fan of toys, so from that perspective: Cozmo, Pleo, Hexbugs (also, this Lightning McQueen looks extremely well done). If you want something that’s actually useful: a Roomba.

Do you own any yourself?

I have quite a few. My three Pleos are named Yochai, Peter, and Mr. Spaghetti. I would never choose a favorite. (Ok, it’s Yochai.) “I see no inherent problem with people developing emotional relationships with robots. Even if the robot can’t love back.(I mean, does your cat really love you back?)”

Is there anything robots will never be able to do?

Never is a very strong statement. I think it will be quite some time before robots are able to experience the world in all of the same forms and dimensions that humans do (if ever).

Is a future where AI/human romantic relationships exist a good or bad thing?

Neither. I see no inherent problem with people developing emotional relationships with robots. Even if the robot can’t love back. We’re capable of having all sorts of relationships, some of which are already pretty one-sided. (I mean, does your cat really love you back?)

What is the likelihood of a cyborg uprising? Level with us...

Never say never, but I’m not worried about that happening anytime in the foreseeable future. We should probably keep an eye on the motives of the people who deploy robots, instead.

Where can we go to learn about/see cool new robots?

My favorite sites for robot news are the IEEE Spectrum Automaton blog and Robohub. Automaton posts a collection of new robot videos every Friday, which can be anything from super nerdy/technical to funny. Let's talk about you. What are you streaming these days?

"The West Wing" (which I’d never watched before) and the podcast "Misandry with Marcia and Rae."

What’s the coolest thing you’ve ever encountered on the Internet?

A silly little interactive animation called “Singing Frog” on Ze Frank’s website. I just went to search for it and IT’S GONE! I’m devastated. Here’s a video of someone playing with it.

Maciej Cegłowski’s takedown of the artificial superintelligence cult. I love it because he’s basically a novice and it almost seems like he’s just brainstorming here, and yet this piece is so much smarter than anything I’ve heard from the folks he’s criticizing. Where do you go online when no one is looking?

Lastly, you’re pregnant (congrats btw!). Do you plan to farm out any new mom duties to a trusty robot or two?

Thanks! Can you believe I’m nearly five months in these photos? I wish I could afford the Snoo. Our Amazon Echo will be useful when hands are full. And of course I will use our child as an excuse to acquire more robot toys.

Keep up with Kate: 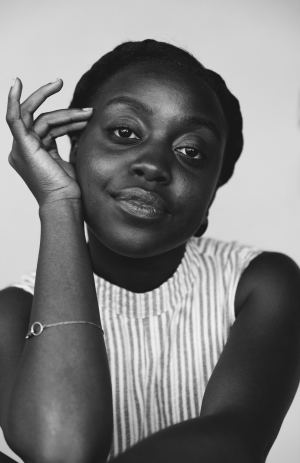 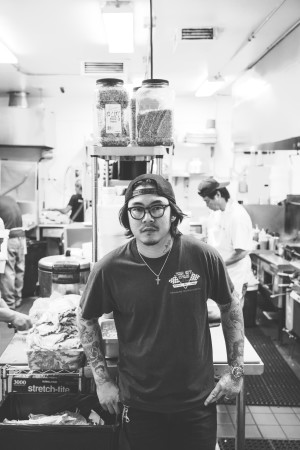