You may recognize Noah Kalina. Or, at least, a more baby-faced version of him. In 2006, the photographer went viral with “Everyday,” a video that condenses six years of daily self-portraits into a five minute time-lapse. This early taste of online success—at a time when many of today's “creators” were still in Huggies—opened Kalina’s eyes to the career-making potential of the internet. He's since fashioned himself into something of a digital Renaissance man, with a popular newsletter, an equally popular Instagram, and a podcast with the tongue-in-cheek premise of direct-to-consumer product reviews. Ironically, for someone so very online, Kalina lives a Thoreau-like existence in upstate New York with a rooster named Marcel. We caught up with him (the man, not the poultry) to talk about the tension between his onscreen and offsceen lives, his ambitious work goals, and bamboo toilet paper.

Hi Noah. Let's start with your newsletter. It's so gosh darn creative. How do you come up with your ideas? Is there a process involved?

Well, sort of... I have a piece of paper that I just have jotted down concepts, so I'm slowly checking those off. But then, there'll be times when a new idea just comes to me and I'm like, "Oh, that's what I'm going to do!”

And of course, the way you write is hilarious. I'm sure people tell you this all the time.

Yeah, sometimes. Thank you. I find that compliment amazing because I barely know how to read. Someone once said my writing is like an adult children's book. My natural impulse is to just fuck around and to tell a joke and fail. Now, I’ve developed a formula that I kind of go to. I mean, I think I've always been a funny person, but my photography isn't necessarily funny. So I'm kind of exposing a part of myself on the internet that I never really have before. Just within the last two years, so much has changed in the world and with my career. I got to the point where I was like, ”I just have to do what I like to do and express myself in ways that make me feel most comfortable."

In your first newsletter you said something along the lines of, "This is to showcase my photography." But clearly, the concept has evolved…

Is that what it says? I couldn't even look back. They're too embarrassing.

Do you consider the newsletter your main job at this point?

Oh, yeah. Maybe not my main job, but I want it to be the main thing that I do.

More than your photography?

Well, it’s like, what's the better goal? To be a commercial photographer or an artist? The answer is obviously an artist. I want to just make my own work on my own time. And the newsletter is ... I wouldn't say it's my art, but it's my own self-assigned project that is almost always built around a series of photographs. In terms of income, the newsletter is not enough right now on its own, but it's starting to feel like, maybe very, very soon, it can be. And I'd much rather run the newsletter as my job than anything else I’ve ever done in my career. 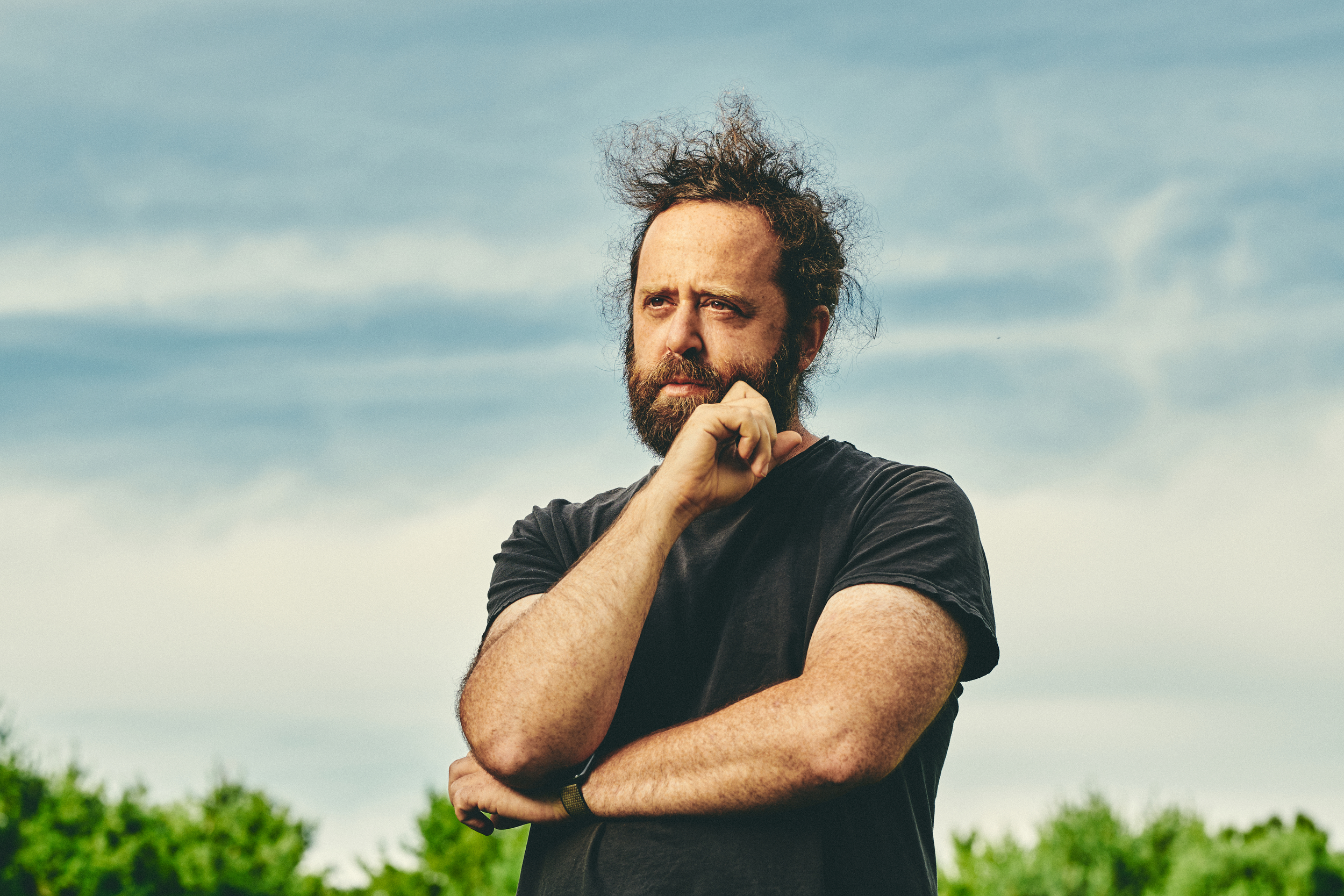 “If work is defined by an income, I never work.” 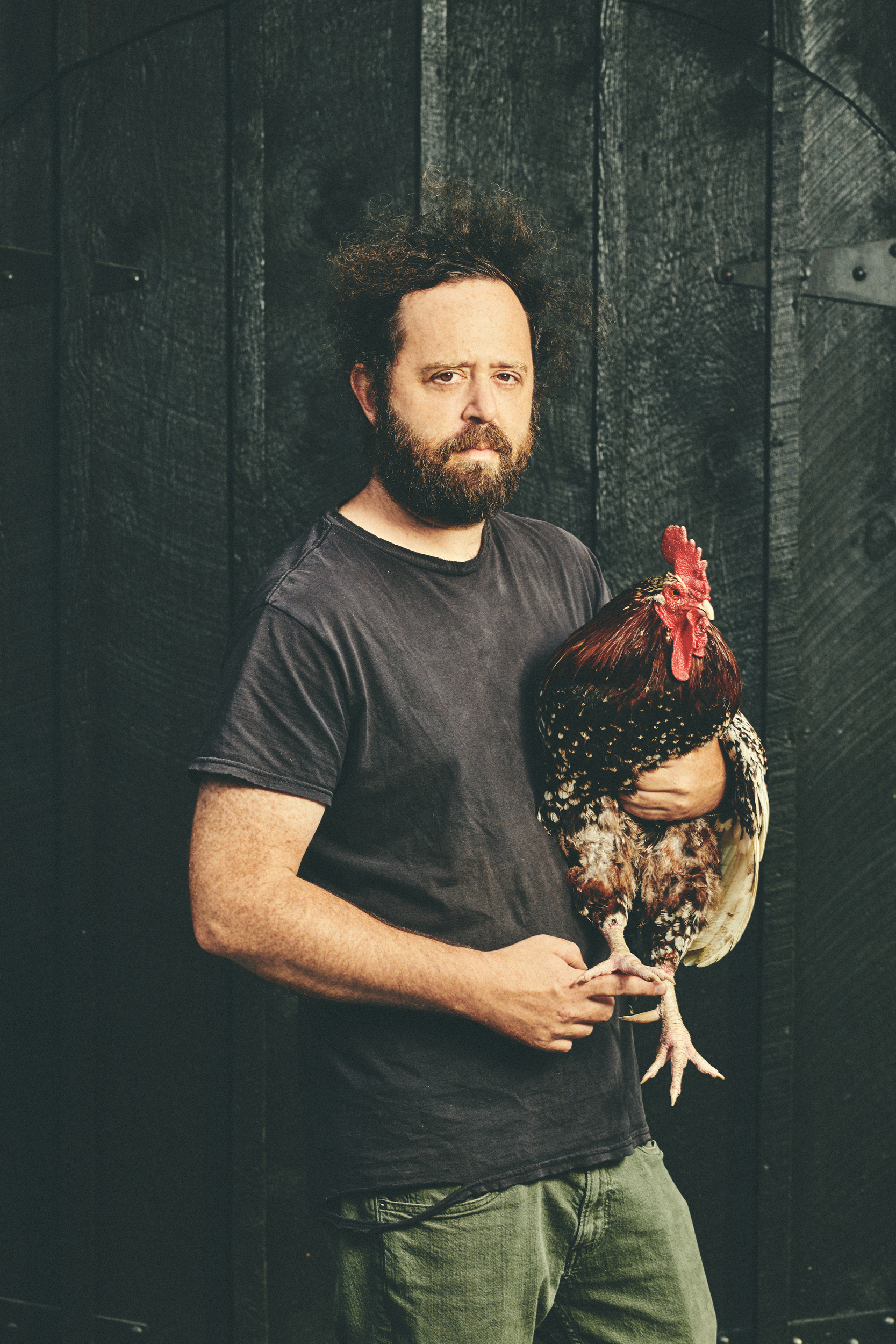 You must be working constantly.

No. Not really. I mean, how do we define work? If work is defined by an income, I never work. But if work is defined by doing my own special projects and making photographs, yeah, I work all the time. With the podcast,fortunately I don’t edit it so that’s…

Yeah, let's talk about the podcast. How do you find the products you want to review?

"All Consuming" started with really truly just buying different things that were advertised to us on Instagram. But now, about 50% of the products comes from people or brands sending us their stuff complimentary. We're doing Cometeer Coffee next week. They sent us all this great coffee, and one of those really nice Fellow kettles, too!

Anyway, yeah, totally. The show is just my friend Adam and I just riffing for an hour. We do absolutely no preparation… We probably should start doing that. But yeah, Adam, he’s got a commercial studio and legit production company, with a real staff so one of his editors edits our show. His name is Paul. He’s the best and without him, the show would be too hard to put together.

Have any of the products you've reviewed blown you away?

It's funny because I'm asked this a bunch. I don't know. I really don't love most of the stuff we get. I mean, I like it fine, but it's nothing and can feel somewhat wasteful. We did the Rumpl blankets, which are kind of sleeping bag blankets, a couple weeks ago. Those are actually really nice. I own three of them. But you don't need any of this shit. With all that said, I really like the idea of encouraging people to try new things. One of the early ones was a bamboo toilet paper, and I was like, “That’s good toilet paper!” If you’ve never tried bamboo toilet paper, don’t you think you should before you die?

So did you switch toilet paper brands?

No, because I would have to order it on their website and that would require too much extra work.

Ha, yes. Anyway, "All Consuming" isn't trying to save the world, it’s just trying to entertain you by keeping you company. If you don’t hear everything we say, you aren’t missing out. It's just not all that serious, but you can find insight and humor and those things certainly have value. And when it comes to the products, we have a general rule: We don't want to hate anything. We know there are real people behind a lot of the products we review. We don't want to shit on people's livelihood. We did that once and we really ...

You just tore into something?

Yeah… and to this day, I feel bad about it. But the inclination is to want to like something, and be positive.

And why did you decide to make it about direct-to-consumer products?

I mean, that's easy. Because that's what we see a lot of. Going into stores requires time and effort and it’s awkward. I don’t think I ever liked shopping in real life. Do people actually like shopping?

Yeah, correct. That's how you would say it. That's the proper nomenclature. 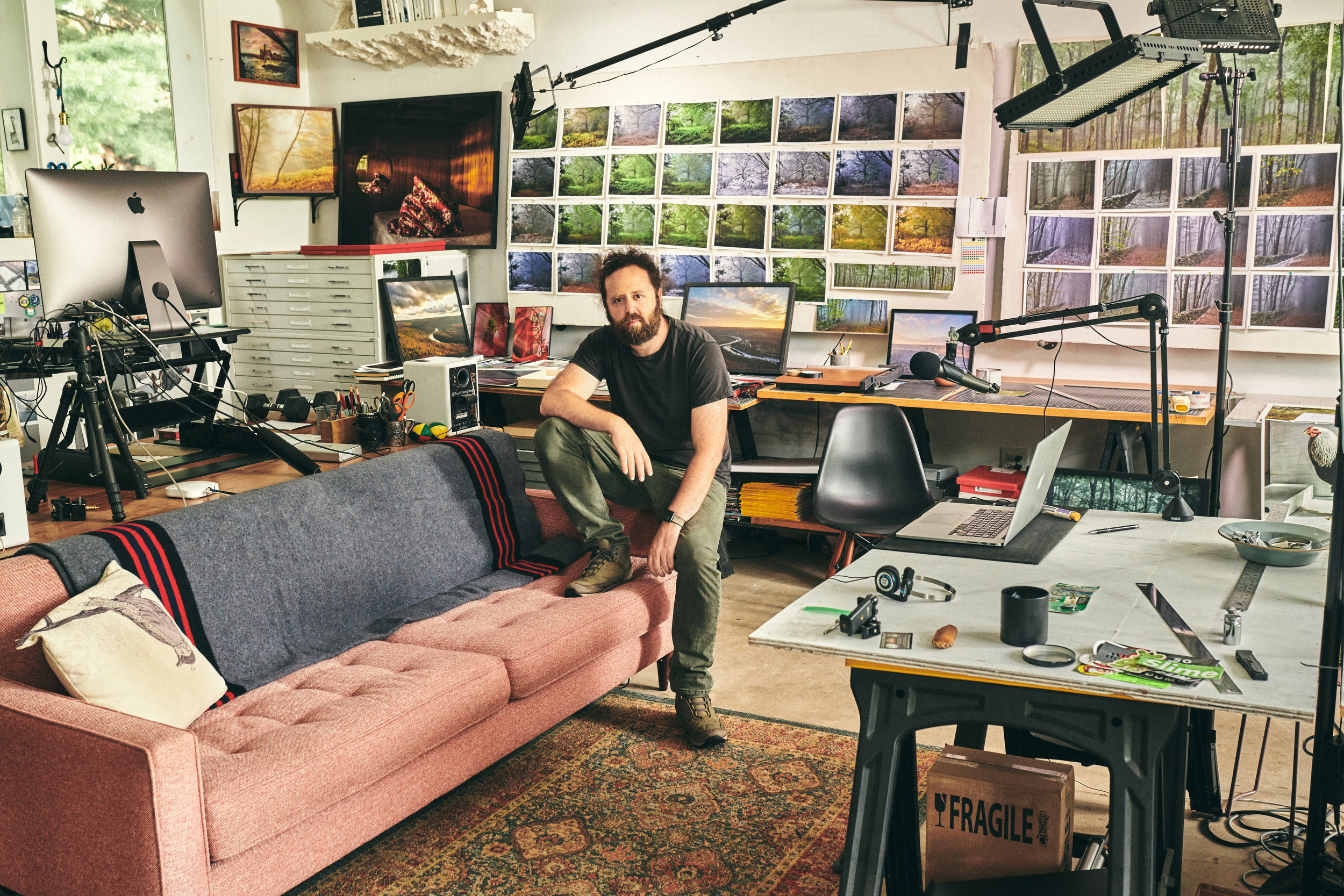 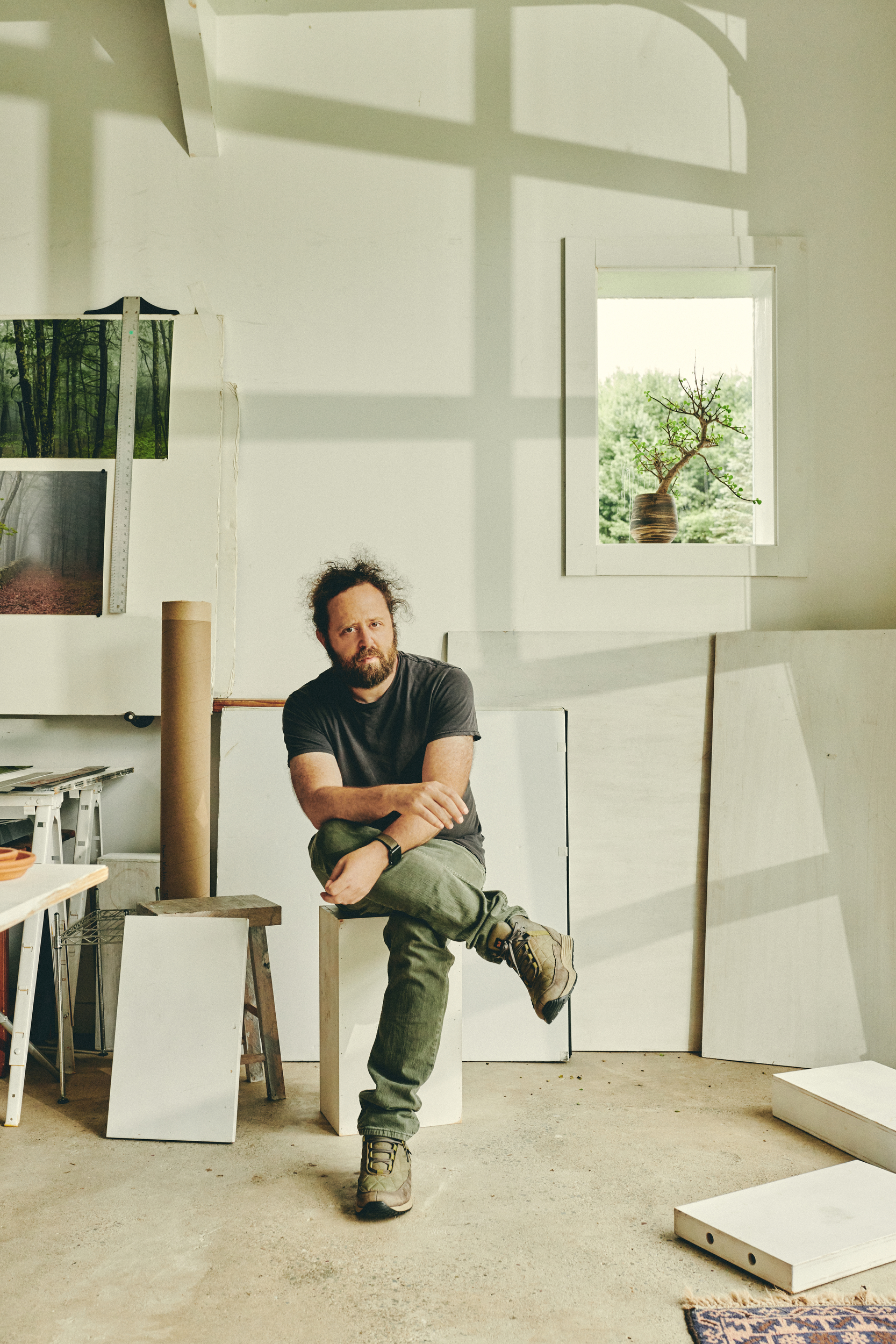 "I don't have any friends. And people think I'm an asshole, but I just ... this is the only thing I do."

Ha thank you. So ok, between the podcast, the newsletter, Instagram...do you just constantly feel pressure to make “content.”

Well, no… Not really. When I came up on the internet it wasn't called "content." It was just doing what I like to do. I started posting my photos on Fotolog, and then Flickr, and then Tumblr, and now it's Instagram. Hopefully, there'll be something else in the future. But it's like, you take your hobby and you just dedicate your entire life and time to it. There are definitely times I just don’t post for a week or two. Nobody notices. And that’s good. It’s good to just step away sometimes.

But you are in the minority in that you are able to make a living from that.

It’s not easy. I mean, I don't have any friends. And people think I'm an asshole, but I just ... this is the only thing I do. If I'm going to spend time doing something, I'm going to make it a photo shoot. And if not, I'm going to be working on my photos at home. I don't vacation for fun... Have you seen “Hacks” on HBO?

Talking about success, Jean Smart’s character says, "Being good is the bare minimum." and then she says, "It doesn't get easier. It only gets harder." That is so true. So true. I related to that character, as a washed-up and aging artist.

We'll keep it under an hour because that'll be cheap, right?

For the interview transcription service?

Yeah. I don't want you to spend so much money on this.

Thank you. You’re a very considerate interview subject. Ok, let’s switch gears and talk about how the internet helped facilitate your career.

The entire thing, which is funny. When I started, the internet was brand new. And when I was getting hired to do jobs for the internet, the photography industry basically looked down on it. Fast forward twenty years and now it's practically the only thing that exists. Nowadays, I don't really care if I’m in print. Actually, I take this back. I just got a print magazine with one of my photos in it and it looks amazing. Print is not dead, it is special to still get in print, but really it feels like so much end use is just Instagram.

Does that bother you, the ephemeral quality of social media?

Yeah, it's lame. Everything you post is there and then gone in seconds. If you make a project that has the attention of people for more than 24 hours that is a giant success.

You seem to have a kind of love/hate relationship with the internet. Grateful that it gave you a career, but dismissive of much of the culture.

I mean, at a certain point, it just feels like the whole thing is getting old. I’ve been posting my work on the internet for over 20 years. Something feels unhealthy about that.

Yeah. But you know something? When it comes to photography, the kids these days, they're so good. They have like a ten year head start, because they literally have everything available for them to study and see online. When I was in college, we had like fifty books about photography. There was just a limited amount of work my generation could be exposed to and influenced by. Influence is obviously important to find out who you are as an artist. When you open that pool of creative work up, so many new ideas can merge together. Basically, what I’m saying is, I’m super excited by what the new generation of photographers is doing because they have so much to be inspired by. The internet can be good. But of course, everything with moderation.

When it comes to Instagram, are you as avid of a consumer as you are a creator?

I do follow a lot of artists and friends. There can be value in scrolling the feed. Like I said, there is absolutely inspiration to be had. And of course, products to be purchased.

But not to the point where you’re checking it all the time?

I'm absolutely addicted. And it actually can make me feel bad, emotionally. I can see people out and traveling and having a good time, those are things I wish I was doing, so you can call that unhealthy daydreaming. And then it will be followed directly by images of political strife and violence that make me frustrated and angry. All of these opposite feelings and emotions being merged together and served directly into our eyeballs within a matter of seconds cannot be good. I really don’t think we as humans have evolved to accept that much input so fast. Think about how quickly it all got to this point. Instagram is only 11 years old. Facebook is 17 years old. It’s only a teenager. What is all of this going to grow up into and become? I think that is terrifying to think about. You really just gotta put it all down sometimes and walk away. Once I put my phone down and go outside I'm like, "Oh, life is nice, actually."

Keep up with Noah... 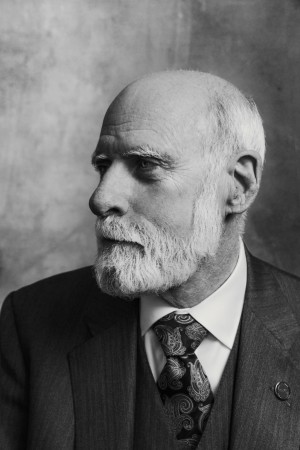 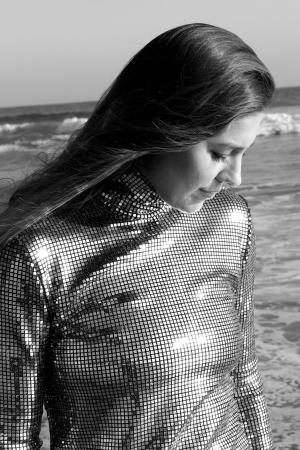