Hvper: the internet on one page

Nuzzel: the best links by my friends

Kottke: the best of the web

(Streams)
Primitive Technology: A guy in the woods re-invents civilization

I Like To Make Stuff: A guy in a garage makes all kinds of crazy things

TideTrac — The current tide, since I live near the ocean
Dark Sky — The current hyper local weather forecast
MyTracks — A GPS log for geo-tagging my photos
ExpressVPN — For using my phone in China

Renowned tech guru and futurist Kevin Kelly built his career on a knack for knowing what’s next. A hippie and college dropout, he found his way into magazines in the 1980s as editor of the beloved counterculture quarterly Whole Earth Review. In 1993, he co-founded Wired, where he played a key role in shaping its voice and vision (today he holds the title “senior maverick”). He’s written several books including the enduringly popular “New Rules for the New Economy: 10 Radical Strategies for a Connected World”(1999) and The New York Times bestseller “The Inevitable: Understanding the 12 Technological Forces That Will Shape Our Future” (2016). When not reporting from the frontlines of digital culture or traveling the international lecture circuit, Kelly juggles several ongoing projects including his Recomendo newsletter and his gadget blog, Cool Tools. The Caret caught up with him to talk about—what else—the future.

Hi Kevin. Thanks for taking the time to chat. We know you’re a busy guy. In addition to all the projects we mentioned, are you working on anything new?

I’m writing a piece for Wired that’s about the subject of my new talks. It’s a very large thing that doesn’t have a good name because it’s so brand new. Some people call it the metaverse. Basically it’s the spatial representation of the real world — its digital twin — that you can see with VR goggles or on any screen. It’s a virtual space as big as the globe that incorporates every building, even your living room.

I think it will be the new big platform that will emerge in the next 10 to 20 years. It makes the world machine-readable and subject to algorithms...for better and worse.

Well, in a utilitarian way it’s very useful to have a digital twin to manage, it’s like having a spreadsheet of the real thing. Companies like GE use them to troubleshoot, simulate, and repair. Secondly, all the things that we do with information we will now be able to do with places and objects: search for them, index them, summarize them. You will be able to search for anywhere in the world where there’s a street lamp next to a mailbox that’s within six feet of the curb. And thirdly, because it’s 3-D volumetric it will be immersive. The internet will become an internet of experiences instead of an internet of information. Of course, there will be games but there will also be huge leaps in being able to educate and have experiences of all types that we simply couldn’t share before or couldn’t have before.

There will be challenges over notions of what’s private and what’s public as well as ownership and control. Like our likeness. Some people might say you own your face but it’s the most public thing you have. So is our identity really ours at all? And who owns this version of my house? Do I own it? Who owns the curb? The issues that we’re playing with already with social media will continue to intensify.

What are those exactly?

How we decide what is true. How and when we trust. And then there’s the economic model. How will this work? Right now, we’re in the attention economy where we surrender our attention either through ads or engagement and in theory that’s paying for it. But there seems to be an asymmetry there that favors large systems over individuals. And who’s running everything, is it open? Is it nonprofit? Is it international? Finally, AI will be in the basement, powering this entire thing, tracking all our behaviors down to our microexpressions. So the premise is compounded by artificial intelligence and all the issues it has with bias, ownership etc. But I view all of these challenges as opportunities. A lot of the time, we will solve them with social institutions and education. Other times, we will need new technologies to solve the problems made by the current technologies. But in each case, these are opportunities for betterment and I think overall it’s going to be a much better world. 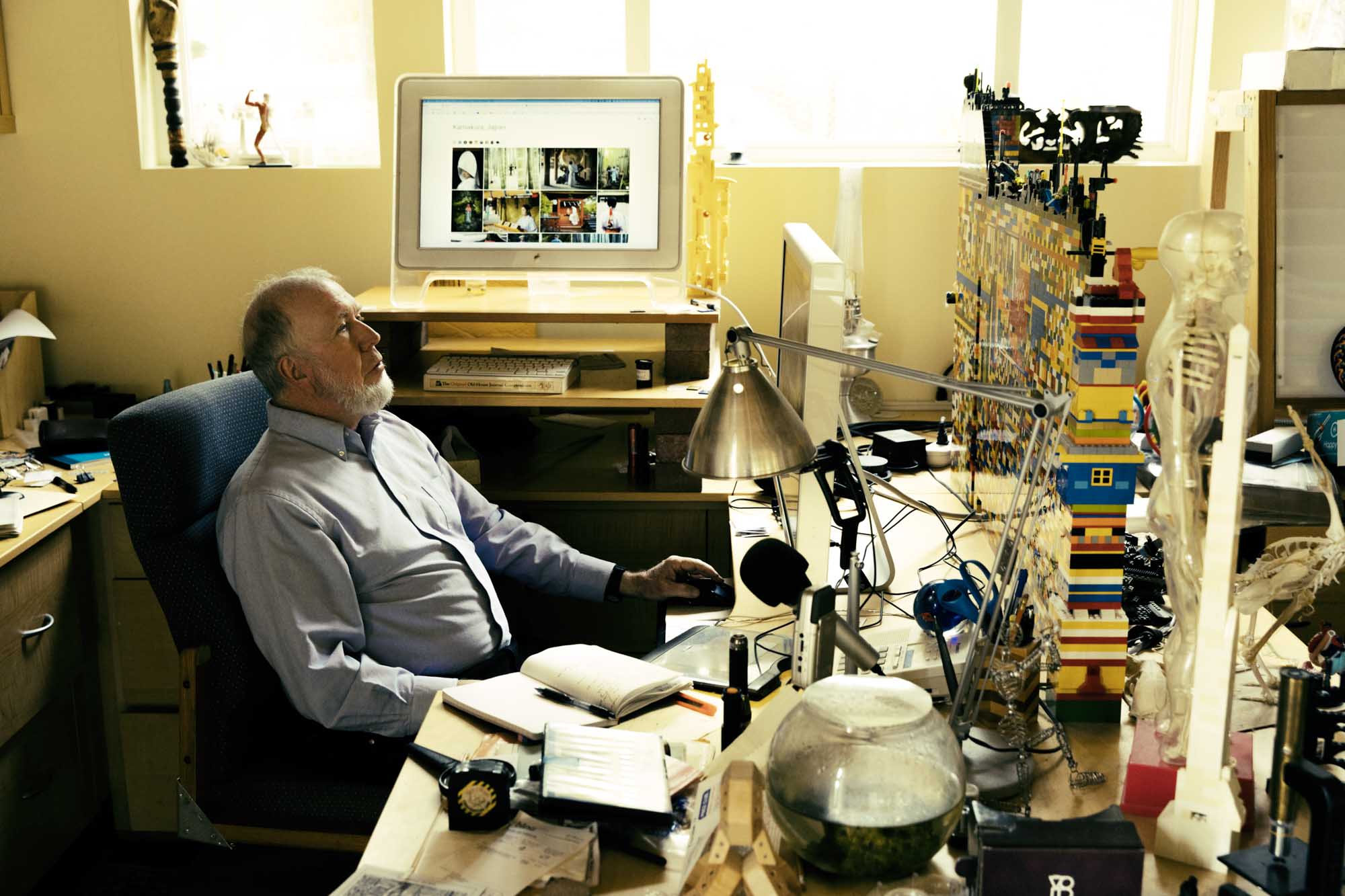 “I define art as cool and useless.” 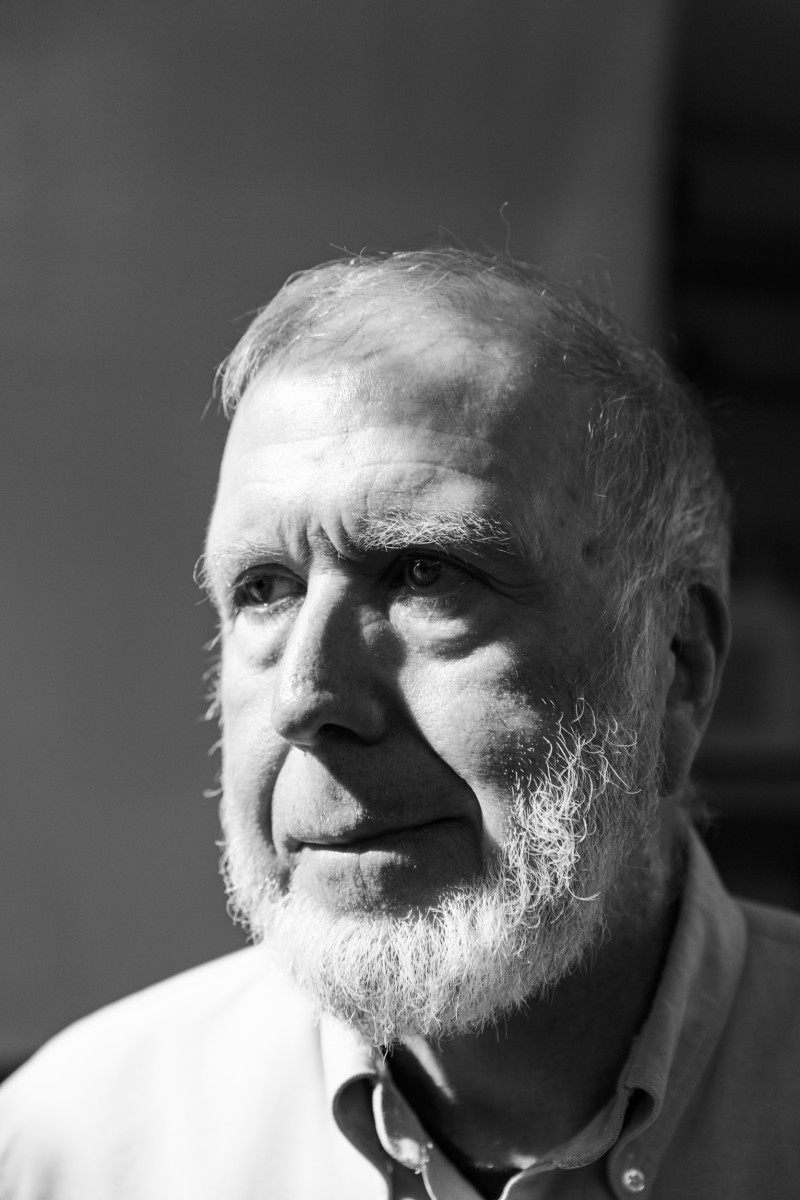 What happens to art in the future?

I think there’s never been a better time to be a creator. It’s a wholly new era for the ease and power of creation. And I think of art as a subset of creation. I define art as cool and useless.

But what about good art? Does the glut of content and generally middlebrow tastes of the internet make it difficult for it to stand out?

I’m not sure what you mean by “good.” Art has always been subject to popularities. Some of the great masterpieces like Moby Dick and Van Gogh’s paintings were ignored in their time. And some things that were hugely popular are completely forgotten now. The worth of art can vary tremendously from when it’s produced to later in time.

But this goes back to my true fans theory: you only need 1000 true fans to support your work. With the large market that we have, almost any weird thing that you do, if you really strive for excellence it’s entirely possible to find 1000 fans in the world of that. I see it again and again, where something is very esoteric and very niche — if you have a market of a couple billion people you’ll probably be able to find 1000 true fans.

As someone who’s had a ringside seat to Silicon Valley since its early days, what are your thoughts on the issues of misogyny and racism that have cropped up in recent years? Do you think the tech industry is especially prone to them?

I think that misogyny and racism and prejudice have been ubiquitous throughout history. Silicon Valley culture actually has less of it than most. But because of its Utopian ideals, people thought it had conquered all those things. So they were surprised to discover that there are still remnants. But to say that Silicon Valley has more of it is simply not true. 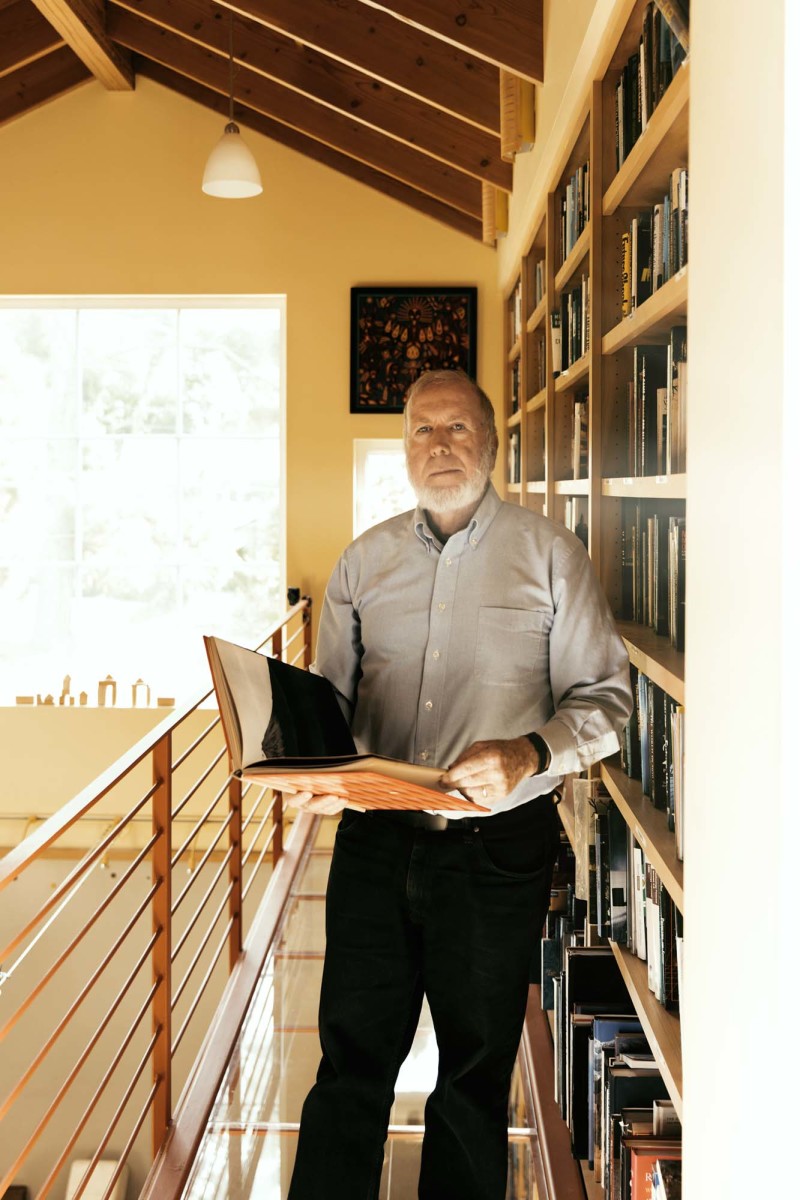 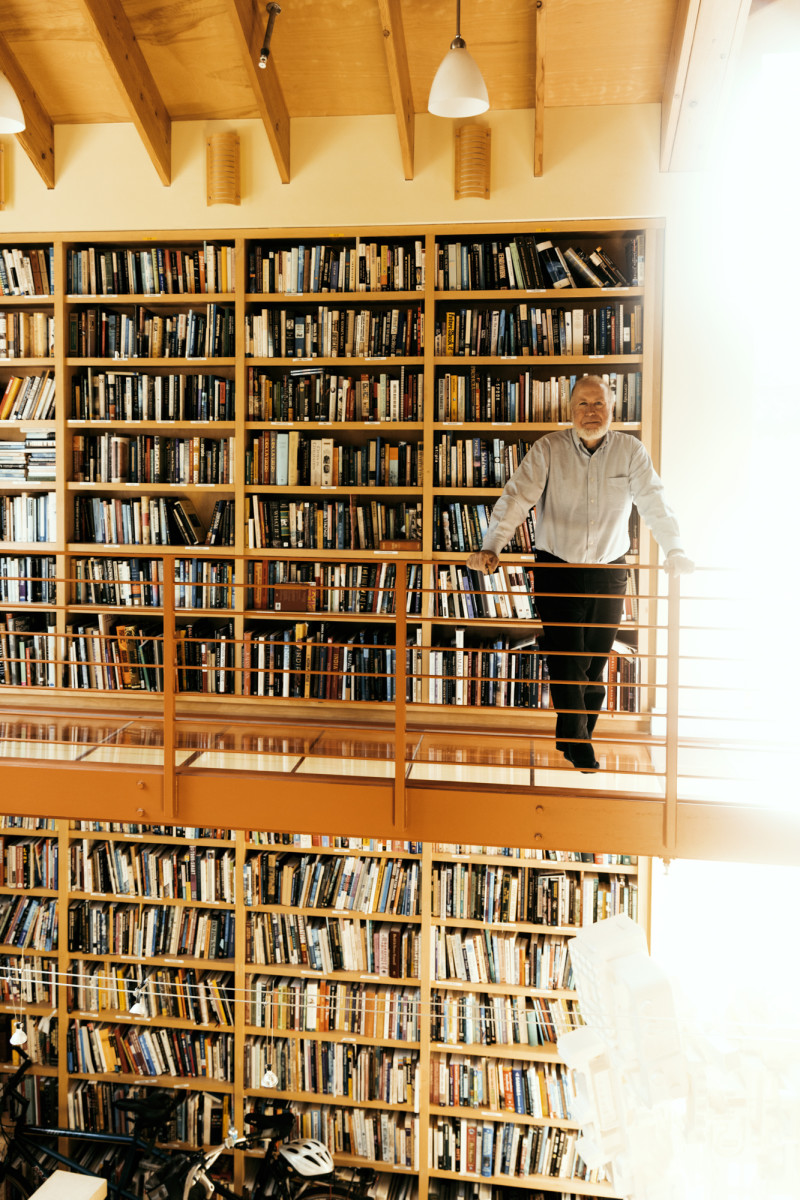 "When people have to stand by what they say they just behave better."

In the course of a career spent thinking and writing about digital culture, have you had any big philosophical shifts? Is there anything you’ve done a 180 on?

I favored the option of being anonymous online but I’ve come to change my mind on that and I now feel that anonymity is a very toxic thing except in very small doses. When people have to stand by what they say and they have a reputation to uphold they just behave better. I think a lot of the troubles we have right now with social media could be solved by insisting on true names.

You founded one of the first online communities, The Well. So do you feel partly responsible for setting the precedent for anonymity on the web?

We had pseudo-anonymity on The Well, actually. There were handles but you had to give a credit card number to join so you could find out who people were. We had one conference that was anonymous and it was a complete disaster. It became like 4Chan. It was just like a pit. It just very quickly devolved into horrible stuff. So that was the beginning of realizing the danger there. It was like unleashing the dark side when you do that.

Your job requires you to keep abreast of all the latest technologies, how do you decide which ones to incorporate into youownr life? What have you adopted and what have you decided to skip?

I have a Facebook account but I don’t read it. I just use it to post. I sort of polluted it in the early days by friending people who weren’t really my friends. I have a LinkedIn account but I’ve never used it. I have a Twitter account that I use with this app called Nuzzel, which surfaces the most popular links shared in my network. It’s fantastic because that’s what I’m looking for on Twitter—what people are reading, not so much what they’re saying. They also have an option where you can get what the friends of your friends are reading. That’s where the really interesting stuff comes because I start to get things that I wouldn’t normally see.

The first site I check in the morning is Hvper. It’s the entire internet on one page. It’s like the top 5 headlines of every possible news — the entire mediascape. It gives me a really good sense of what’s top of mind online and that’s very useful.

Our family hasn’t had TV ever, but I was one of Netflix’s first subscribers. I’m a big documentary fan. I actually have a site dedicated to my favorites called True Films. So I use Netflix and Amazon Prime to watch and boy this is the high time for documentaries. It’s almost impossible to keep up there are so many good ones.

Any that you’ve seen recently?

I just recommended “Living on One Dollar” on Recommendo. It’s about two gringos who try to live on a dollar a day in the highlands of Guatemala (because that’s the average income there). It turned out there was a huge amount of skill necessary to be able to live on that amount of money and they had to be taught by the locals. For instance, they weren’t getting enough calories and the secret was they needed to refry their beans in lard. It made this very abstract figure very real and it was a great illumination of how most of the world lives.

Oh and “AlphaGo”! There’s a documentary about AlphaGo, the Google AI that beat a human Go player. There was total denial in the beginning that the machine could win and you kind of see the humbling of the guy and feel for him as he loses. 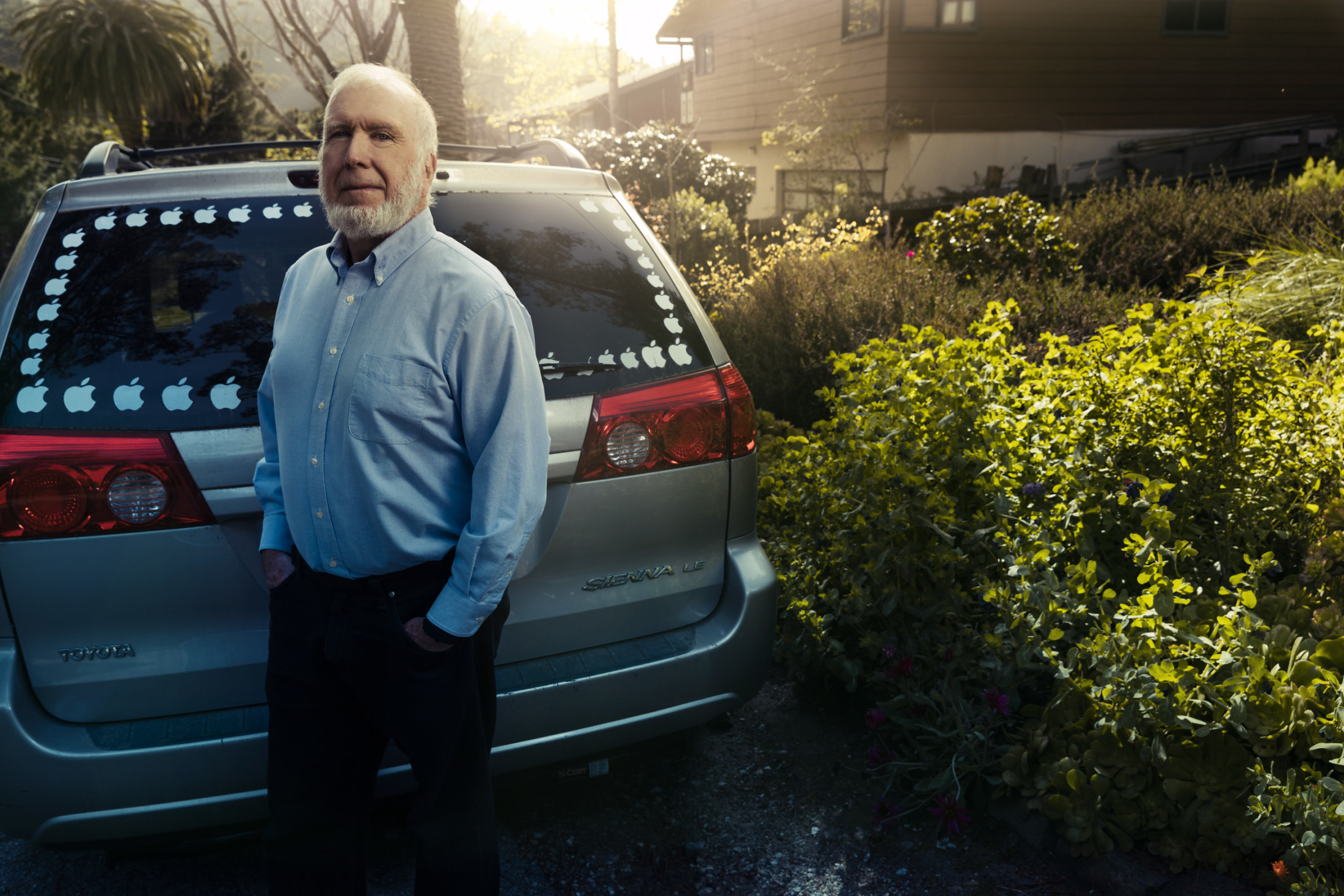 "One of the most powerful things you can do is turn something off that’s usually on, no matter what it is."

Finally, what are your thoughts on a digital detox? Is it something you practice? Is there value in periodically powering down your connected life?

I heartily recommend tech sabbaticals and do them myself. I travel a lot in Asia where I go to pretty remote villages and I’m offline and I welcome those times. I believe in sabbaticals in general and I think you can do them on all kinds of frequencies. Whether it’s work or a habit or technology, when you disengage, you recharge your batteries and come with renewed enthusiasm and new ideas. But I don’t like the term “detox” because I don’t think technology is toxic. I just think that you gain something when you don’t have it — a new perspective and new ways of looking at things and those are SO valuable. The challenge of the world today is that when everyone is connected 24 hours a day, 7 days a week, every day of the year, it becomes harder and harder to think differently. And thinking differently is the engine of creation, it’s the engine of wealth. So anything we can do to help us think differently is a huge advantage. And I think one of the most powerful things you can do is turn something off that’s usually on, no matter what it is.

Keep up with Kevin: 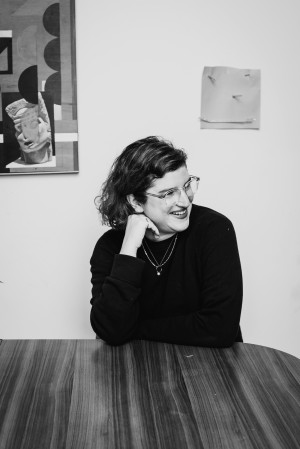 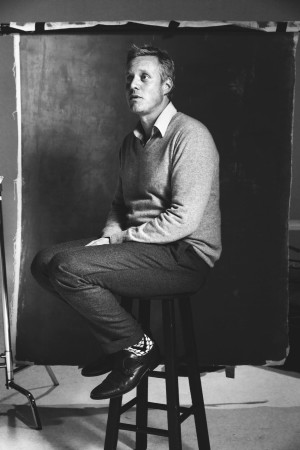