The New York Times – everything past American politics.
Bloomberg Businessweek - for business.
The Ringer - for sports.

San Francisco creative director Matt Luckhurst has a clear-eyed take on some of the seismic shifts happening in design right now. Which is precisely why we sought him out for an interview (even though he claims to not like talking about this stuff). Luckhurst did stints at Airbnb and COLLINS before co-founding his own design and marketing agency, The New Company, last year. Already, the boutique firm, which describes itself to be "in pursuit of the novel and extraordinary" has racked up a string of projects with Nike. Below Luckhurst reflects on his career path, his inspirations, and the pros and cons of design in the digital age.

You’re wearing a lot of hats these days but you started as a graphic designer?

Well, I started as a graffiti artist while I was in business school. A teacher said, "You do graffiti, that means you like typography. You should do this." Finding design, it just was incredible. It was like this thing I could do and love. It made sense. Eventually, I dropped out of business school and went to design school instead.

It’s funny, I love being a designer but I don’t really like talking about it. I don't go to design talks or listen to podcasts either. I find the whole thing really self-congratulatory and kind of boring.

Ha glad we’re on the subject.

[laughs] It’s ok. I’ll make an exception. Look, for me, ultimately, design has come to mean the opportunity to make something interesting. You don't do it every time, but it's an opportunity to go create something that could have value. It's really easy to end up in the world of just selling I think. But people want to see things that are novel and meaningful. That’s what we try to tell our clients.

Do you mean “meaningful” in terms of social good?

Not every design project is a change-the-world project. In fact, I'd argue none of them are. When I lived in New York, I was around a lot of people that were like, "Design changes the world," and it's like, fuck man, does it? If our goal is to change the world, we probably shouldn't be designers. We should probably go volunteer to save the oceans or something.

So you don’t suffer from a creative savior complex?

Oh my God, no. No, I think if you make a good design or tell a good story, you can inspire someone. But I don't think design—especially in advertising—that's not the thing that changes the world, right? The gurus in this industry that act like that, it's bullshit. When we create work, it's mainly for aesthetic value. And then sometimes, we get lucky and it can actually have some effect on how people see things. 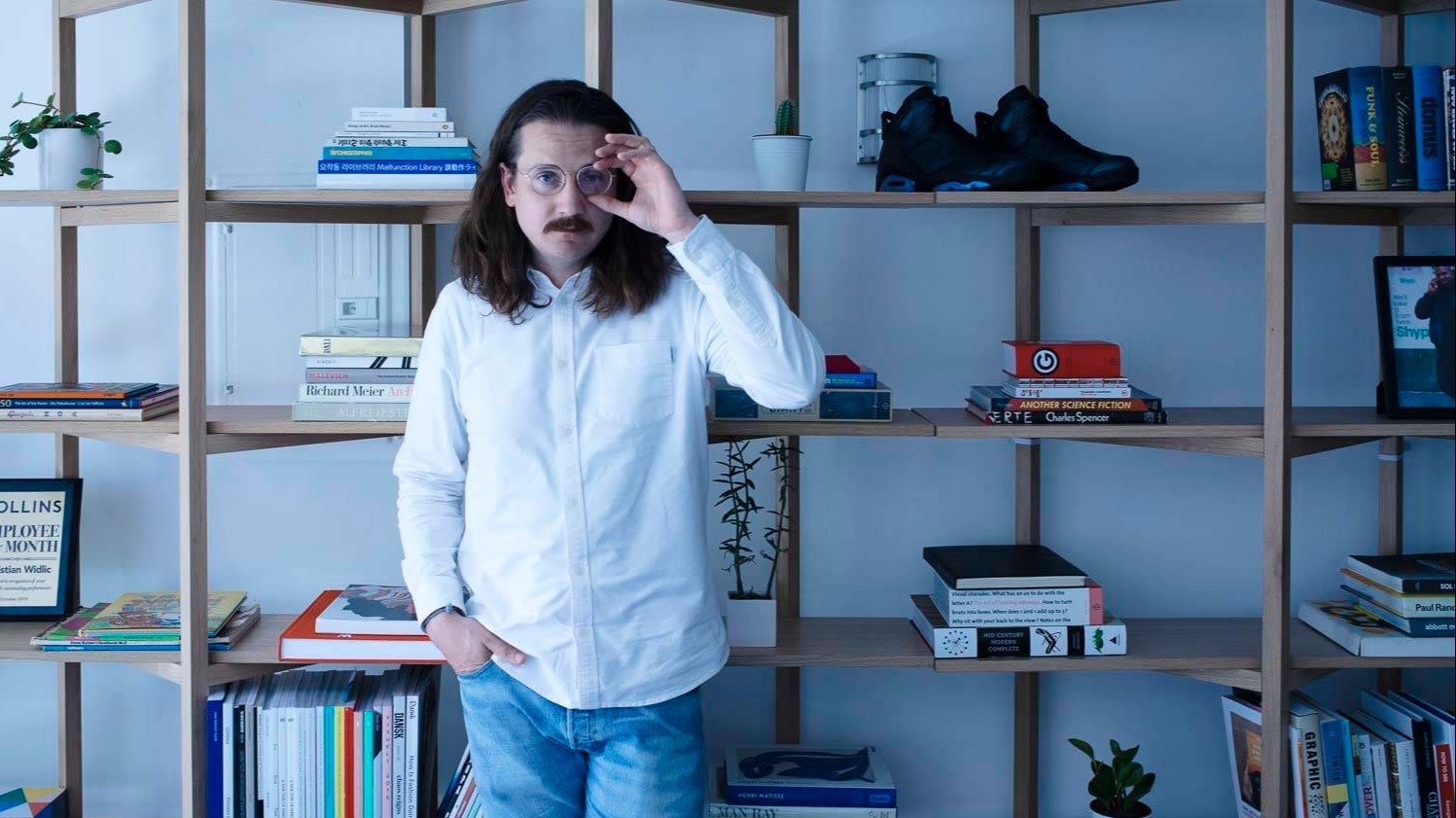 “Not every design project is a change-the-world project. In fact, I'd argue none of them are.”

As an agency, what’s your attitude towards emerging technology and storytelling mediums?

We want to be involved in everything. We’re working in virtual reality right now. I personally am very interested in artificial reality because I think it's right around the corner. It might be terrifying for people, but it’s good for graphic design.

When you hire designers, do you look for ones who have an understanding of computing and digital tools?

Being interested in technology and design is sort of crucial right now. Our design director, Will Geddes, he's great at branding, but he also coded our entire website. We didn't even know that he could do that when we hired him. We’re seeing a lot of kids experimenting with 3D. They’re doing Art Nouveau typography and mixing it with 3D chrome or fire, all of these dimensional elements, and you're like, “What the fuck even is this?!” It’s this really elaborate, beautiful and futuristic work.

Career-wise, do you ever feel threatened? Like, you need to learn to code to keep up?

Way too late. There's nothing I can do now. But I'm really excited I'm in the position I am in. I got high enough up my career before they all showed up.

Look, I wish I could learn all this new technology, but I'm busy learning how to run a business right now.

And how is that going?

Well, I went from being a good designer to being a manager of good designers. Before, I had four people under me. It was awesome. We were all just buds having fun, and then suddenly it turns into 18 people and you're like, “Oh, I'm a boss, and this is a lot of responsibility.” And you learn like, “Oh, maybe I'm not that good in this.” And it actually takes time and rigor to get better. It's like learning anything. It's really hard.

But I love it. I really do. I mean if I can get the right people in the room to create things, we can make amazing shit. And that's kind of the idea of The New Company. We want to create an environment that empowers people to do their best work. 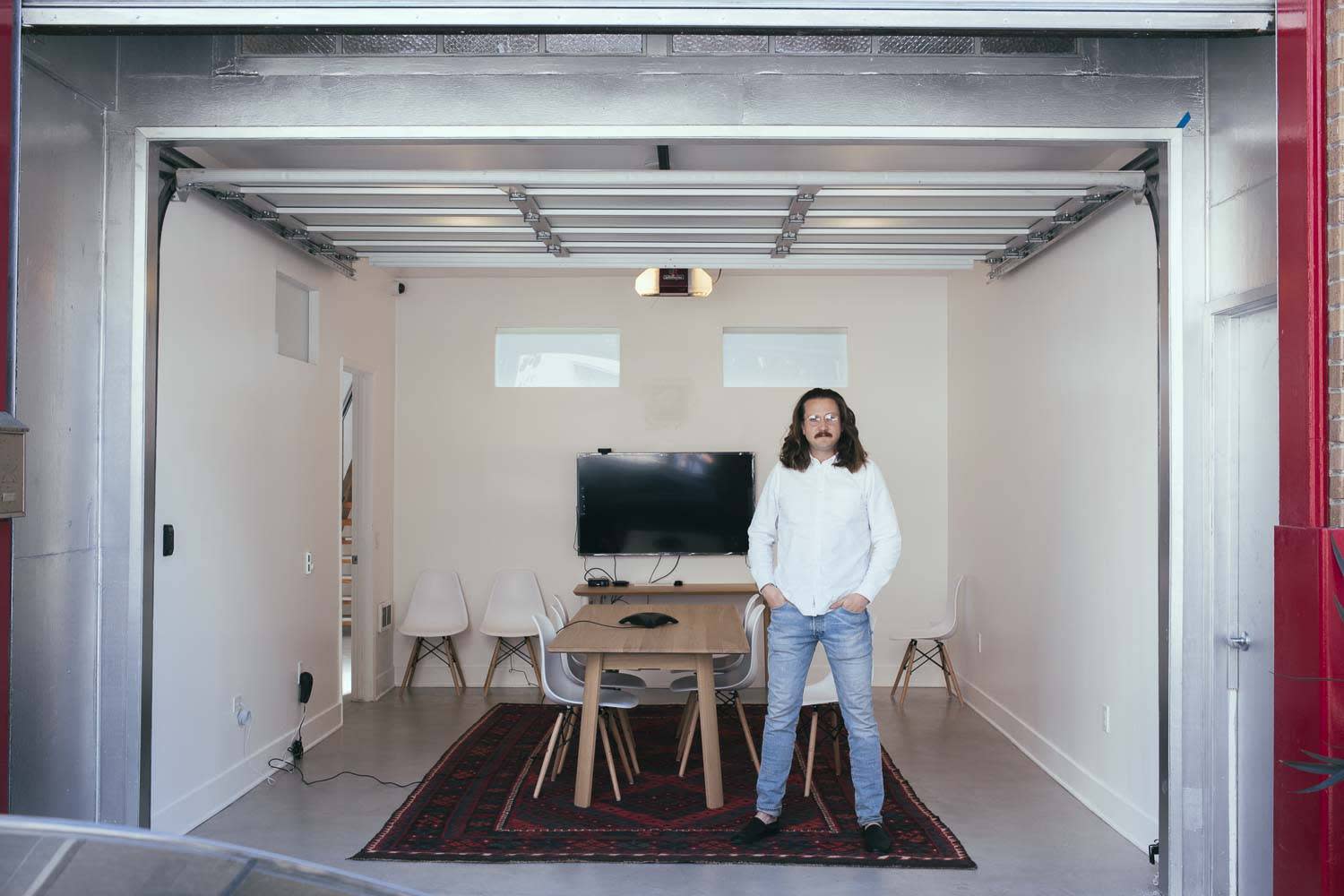 "When you start a new project, it’s really easy to just turn to your computer and be like, “What do you got?”

Did Silicon Valley burn you out?

I think there was just this era where we thought we could fix all our problems with technology, but then it turns out technology also creates problems, right? But I feel like there's a maturity coming into the Valley. These companies understand that they’re no longer the disrupters; they’re the leaders. And as they mature, they’re also really starting to understand brand and design. When I lived in New York, everyone made fun of the aesthetic out of San Francisco. Like the vector illustrations and soft color palettes—how it felt very similar. But now they’re figuring out how to look different from one another and sound different too, like how to talk about their value beyond just being a disruptor and having lofty goals.

It’s worth noting by the way that The New Company site is really impressive!

Thank you. But our website needs to just be cool. It doesn't need to really sell anything. I want it to be memorable, and show some work. That's it.

With e-commerce, there's a lot of pressure for a website design to perform, not just inspire. I think it’s more about content—that's where there's room for innovation. More editorial-style storytelling can come to life. You can actually tell consumers something about your company that goes a level deeper than just a picture of whatever you’re selling.

Are there any sites right now that you think do a good job?

You see it in pockets. It's hard to do it everywhere. I think Nike does a really good job in their app. I think Patagonia does a great job on content with their Foot Print Chronicles.

Marc Kremers talked to us about this idea of “digital soup”—where the internet homogenizes design because everyone is looking at the same things and using the same references. Do you agree?

100%. I mean, we can't change it, so just ride with it. There’s really no more regional design aesthetic. Which is weird, right? There used to be a German aesthetic, a New York aesthetic, a San Francisco one… Now, it's like, in two seconds, everybody's just sharing everything. As a learning tool, the internet is incredible. Now, you can go on Instagram and get great references. But it can become a crutch. When you start a new project, it’s really easy to just turn to your computer and be like, “What do you got?” 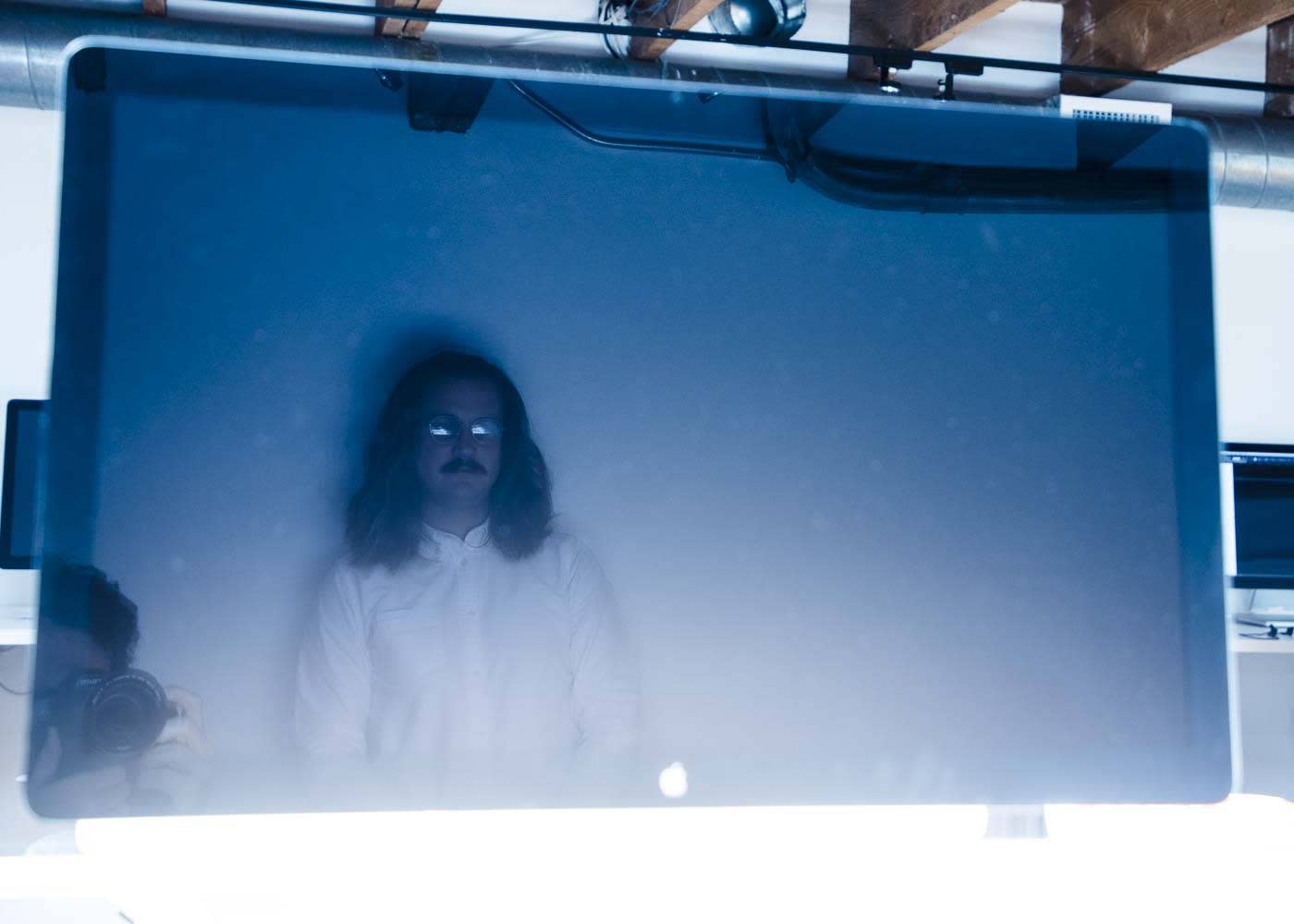 How do you avoid that trap?

We have no computers in our office. We design everything with twigs. [laughs] No but it’s like, design is referential, right? But when those references happened yesterday, they’re more likely to be referencing something which is referencing something else, etc... I like to go back further and find the original inspiration, not the remixed version of it. We use a lot of old books. Graphis annuals are an amazing resource, especially the ones from the '60s and '70s. We look at other disciplines too, like modern art. Because if you just look at design, it’s easy to just make more of the same design.

It's a feedback loop.

Yeah, man. And if something's successful, just more people do it. I see all these experimental kids doing cool stuff but then I also see a lot of agencies just sort of rehashing the same things over and over.

Do you look for inspiration online?

I don't look at that much design. I don’t really feel any pressure to keep up. I follow a few designers on social media, but usually it’s people I know. But for inspiration, I try to avoid looking for specific things and start from a more metaphorical space.

On Instagram, I set a daily time limit for myself—15 minutes.

Keep up with Matt 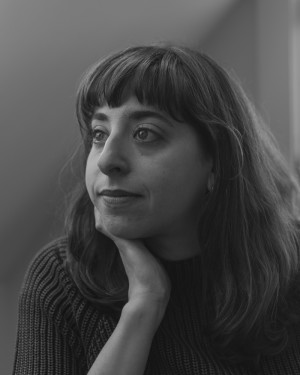 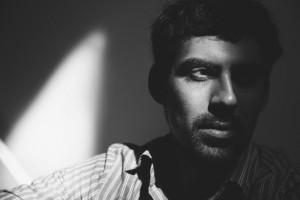