Marc Kremers at his London studio. Photographed by Austin Hargrave.

Marc Kremers is the Creative Director and founder of Future Corp, a London digital creative agency that has created sites for the likes of The xx, Cindy Sherman, Mario Testino, Damien Hirst, and Wallpaper. He’s developing a video curation platform called vvatch.tv that will allow you to easily make and watch streaming video channels.

Why did you orginally gravitate to digital design?

My dad was a bit of a yuppie and had a personal computer in 1981 for his hair salon’s bookkeeping. By my teens, our lounge was basically filled with computer equipment. He showed me the Internet for the first time via a 28k modem connection in 1994. For my high school final year exams, I did digital animations and they had to create new submission rules for the curriculum. I just wanted to project myself creatively to as many people as possible, the Internet was this incredible medium that allowed me to do that. Thinking back on it I totally romanticized the Internet, I still do.

What are the best-designed sites on the web right now?

Sites are so varied in definition and possibilities, it’s hard to pin that. YouTube is a site, but so is rafsimons.com. What I really appreciate on a site these days is kind of universal. I like sites that are linear. I’d rather scroll than click, just like I’d rather walk down a beautiful path than open a series of doors. Sites that load fast, but also feel responsive, that comes down to meaningful use of animation.

All that said, apps are to sites as photography was to painting the last century—all the functionality is now taken care of by platforms like Instagram, Pinterest and Twitter, so we’re getting to see some really poetic and experimental site experiences these days. Check out hoverstat.es for that kind of thing.

What new sites are on your radar?

Are.na has been slow-burning for a while now but I think it’s growing into a really smart community of like-minded people who arre using it to recontextualize and share digital content. There’s a lot of undercover influencers on that and you can find some amazing things. Not every social network has to be a billion-user-juggernaut in order for it to be great.

lot2046.com is a new thing by Vadik Marmeladov which I find really intriguing. The concept, site and photography are all exceptionally executed. Everything Vadik does is a few years ahead of it’s time. I love the directness of his own site too. “I like sites that are linear. I’d rather scroll than click, just like I’d rather walk down a beautiful path than open a series of doors.” What’s big in Britain that hasn’t made it stateside?

Monzo is brilliant and most of my friends are on it. It’s a contactless Mastercard you can top up via an app hooked to Apple Pay. The interface is just really smart and visualizes your spending habits. Anything that is helping people make smarter choices with their money is a good thing.

Where do you go online to laugh?

“YouTube Haiku” is a Reddit channel with a rule: upload a video which is under 30 seconds long. A very early beta tester of vvatch.tv created a script which scraped all the YouTube links from that thread and created a channel from them. It’s like YouTube on speed and hard to take your eyes away from. It was the first taste of what our new platform is capable of.

Where do you go to find beauty?

I used to spend hours a day hunting for beauty—new aesthetics, bastard images which had yet to see the light of social networks. I was obsessed. I’d trawl Google Image Search with obscure search terms, exotic filters, sometimes even searching those terms in different languages, or on other Google TLDs with my computer's CPU about to melt down due to all the open tabs. I created a site called As-Found with Thomas Traum in 2003 with the tagline “finding is creating." We had a search manifesto. It was pre-Tumblr, pre-Pinterest. Collecting and sharing found images in those days was mostly unheard of and pretty niche.

I went from being an image creator to an image seeker/curator to the last few years, where I’m now interested in creating systems for curation. I think that’s why I’ve been able to make things like the Syndex theme for Tumblr. The digital image is in my DNA. I just don’t allow myself to go on those Internet safari’s anymore, which I feel a little sad about, but my mission right now is to build vvatch.tv.

But back to where to find digital beauty. Tumblr still has a wayward visual culture brewing in it’s dark corners. Taobao-media and pre-convergence-morgue are examples of subversive curatorial projects on there which I doubt you’d ever find on Pinterest. But when it comes to the art of the digital found object, the master for me is Jon Rafman, his 9-Eyes project is still one my favourite digital projects, people will still be looking at this in 10,000 years. “The Internet smears time and experience in beautiful ways.” You used the term “digital soup” in an interview, what did you mean?

I was referring to the bland uniformity in a lot of digital design. I’m all for best practice, and I follow common design and layout patterns myself, but somewhere in this mix you have to inject your individuality. In that article I berated the conformist tendencies of designers but there is something to say about it in other contexts. I was in Japan for the first time last year, it’s an extremely conformist society, but this social construct and their civility produces such a beautiful surface.

I have a thing for the DIY videos of lo-fi house music, in particular the ones which appropriate 90s and 80s videos of people dancing in clubs. Maybe because I enjoy how these people were captured in a fleeting moment on a random Saturday night, their data stored on perishable VHS for decades, only to metamorphose into extras in a music video for the future metropolitan liberal elite. The Internet smears time and experience in beautiful ways.

French friends showed me this video by The Blaze in Paris last weekend, it’s uniquely European and speaks of our strange times in a voice I’ve never heard before. These guys made the track, directed and starred in the video. So good. Their other videos are also brilliantly subversive.

"Ten Meter Tower" is the perfect Internet video. We stare at Swedes, while they stare at their fear. It masterfully weaves so many contemporary themes in such a minimal and aesthetically flat format. Who are your favorite social media accounts?

On Instagram, @eikekoenig for prolific energy and @culturesport.tv for a behind-the-scenes look at the production of an epic sci-fi anime series by John Michael Boling.

On Twitter, Uli Schöberl (@aplusplus). I've known Uli for years and we’ve worked on a few projects together until he got poached by Apple. I love his take on things.

What (or who) is the next big thing in digital design?

We’re in the midst of being post-digital. Digital is no longer worth pointing out, it’s part of the contemporary fabric. It reflects us rather than showing the new. This is not what I signed up for. It’s boring and it’s polarizing society. The Internet just feels like a giant mirror, in a bubble defined by me.

This is a dead-end and reflects our naivety. The digital landscape is still relatively new. Remember: It used to be the new frontier, all about the unknown. It’d be really great if we can bring that sense of wonder and discovery back to it. That will hopefully come via a new breed of socially responsible platforms, and I fully intend to contribute to the development of these new systems in the years ahead.

Keep up with Marc: 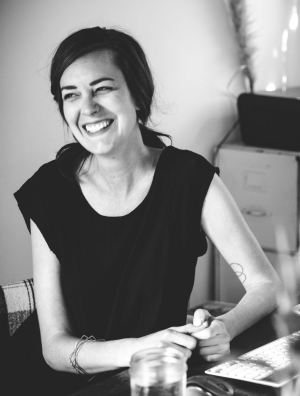 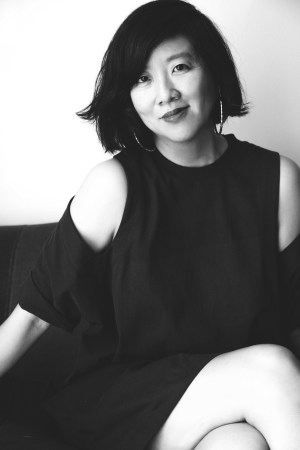