Richard Kern in his apartment in New York City. Photographed by Taylor Jewell.

NYC photographer and filmmaker Richard Kern rose to prominence in the 1980s documenting the gritty debauchery of the East Village underground. A pioneer of the Cinema of Transgression movement, he explored themes of extreme sex and violence in films like "Fingered" (1986) and "The Right Side of My Brain."

As a photographer who's always had a knack for the female nude, Kern has long since moved on from shooting snarling punk goddesses like Lydia Lunch and Lung Leg. Today, he trains his lens—almost exclusively—on young nubile girls in various states of undress. And thanks to his popular Instagram account, he has no shortage of wannabe "models" DM'ing him to take their picture. Below, we talk to Kern about his foray into social media, the motives of his subjects and his fondness for Bret Easton Ellis' podcast.

Hi Richard! Thanks for chatting. So tell us, why did you decide to start posting your work on Instagram?

Instagram is a great promotional tool. It allows you to self-curate your interests and create the public persona you want the world to know. I’ve only been using it for 3 years but I wish I had started earlier. I never used Facebook, Twitter or Tumblr.

Most of the jobs I’ve had over the last two years were cast using IG models. Clients can avoid agency fees and the hassle of dealing with a booker by going directly to the model. It’s super easy to choose a stylist, model, makeup person etc. using their Instagram feed.

Within any project I am working on, I always shoot something that I know I’ll use for Instagram. I’m always thinking in the back of my mind "Instagram" when I’m shooting. And jobs always say, "We are using this for Instagram."

Do you approach it differently?

The framing is different. I shoot a lot less nudity than I used to because of IG. It’s fun to play around with Instagram's boundaries.

Is art created for social media somehow different or less-than?

There are a lot of good artists using social media to create great stuff but I’m not one of them. I often get comments that say, “Why is this art?”

I had to look. It seems right now it’s a video of a Japanese woman trying to crab walk in a yoga pose. But I imagine that is because it was on the "Explore" page. There are certain models I know will get a lot of likes no matter what they are doing and I sprinkle them in occasionally.

What has the internet done to sex?

I’m too old to answer this question.

Is it harder to create something that feels transgressive in 2017 than it was in 1987?

About the only thing to be transgressive about now is political correctness. “About the only thing to be transgressive about now is political correctness.” It’s hard to say now because I use the comments filter feature to keep the haters at bay. But here’s some that I remember specifically:
– A photo of Courtney Love. People wrote hateful stuff about her, called her a murderer etc.
– I posted a screenshot of a DM from a guy who said he wouldn’t let his friends be around me because I’m a dirty pervert etc. I got accused of bullying for posting that and my account got deleted.
– I recently posted a shot of two naked guys hugging and I lost 1000 followers immediately.

You source a lot of your models through Instagram. Can you tell us about the process?

A model DM’s me, I look at her page, then tell them to write me via email so we can set up a brief casting meeting. The casting meeting is to see if the model will show up at an appointed time, if they are a good fit for a project and if they really look like their photos. I also need to find out if they really know my work, if they will sign releases and to put it bluntly, to see if they are crazy. We also discuss locations. There’s been women I’ve wanted to shoot but we couldn’t find anywhere that worked within the time frame that they could shoot. These days a big plus is if a woman lives within a $25 cab ride radius of my house and we can shoot where she lives. Occasionally I travel to shoot a model but only if I can work the model into a paying job or project. “A lot of the girls...simply want to build their following. If I post a good shot of them they will get around 500 + new followers in a day or so.” Why do girls want you to photograph them?

From what I can tell, the women now have the same motivation that they did in the 80s and 90s but technology has made it easier for the models to capitalize on their popularity.

A lot of the girls that approach me simply want to build their following. If I post a good shot of them they will get around 500+ new followers in a day or so. Unfortunately some of those followers are going to be knuckleheads looking for hot girls to follow. I also pay the models a small fee for modeling.

Has shooting digitally instead of on film changed your work at all?

Shooting digital has made it possible to shoot all the time without spending money once you have the equipment. It’s streamlined everything from content delivery to retouching.

Let's move on to your digital diet. What was the last great thing you read online?

Here’s what I read this morning after the news:
"Peek Inside Bob Hope's Iconic John Lautner–Designed Palm Springs Estate"— I was talking with a designer friend about the house in the movie “Diamonds are Forever” who told me it’s right next door to Bob Hope’s old house designed by John Lautner.

"Free Radical: Hampton Fancher"—
I was talking to another friend about Hampton Fancher, who wrote Blade Runner. He said “I interviewed him, I’ll send you a link." Music:
I have Sonos so I stream a lot of radio music shows.

What are you reading on your Kindle?

“The Good Assassin” by Paul Vidich.

Keep up with Richard: 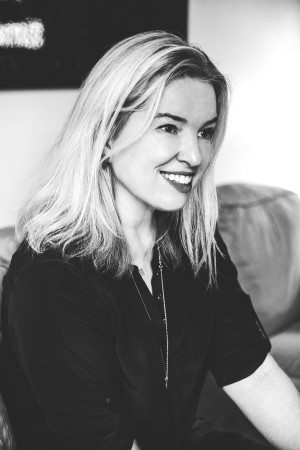 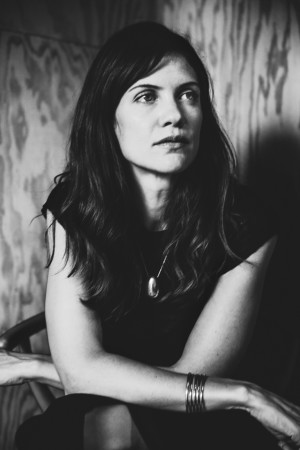