Tracy McMillan is a relationship expert, author and television writer. Her TV credits include "Mad Men," "Good Girls Revolt" and "United States of Tara." As an author, she’s written a comedic self-help book, “Why You’re Not Married…Yet," a memoir, “I Love You and I’m Leaving You Anyway” and a novel, “Multiple Listings.” Currently, she’s developing a half-hour relationship comedy and a musical drama that features songs written by Sia. She’s also writing a book based on her viral TEDx talk,"The Person You Really Need to Marry." What is your opinion of dating apps/sites? Is there one you recommend above the others?

I’ve been in a relationship for most of the App Age, but at one point, I did explore them. I think they are interesting—but like any tool, their effectiveness depends on your skill at using them. Basically it comes down to two things: 1) what you put on your profile, and 2) your level of pattern recognition when swiping. First, you have to decide what you’re looking for: companionship or partnership. If you want a serious, long-term relationship (i.e. partnership), just use words that guys who want to hook up are allergic to, like "integrity," "honest" and "meaningful." Dudes who aren’t at least a little bit willing to get serious are going to swipe left on that shit, asap. Once you know what you want, you have to learn how to tell what a potential date is available for just by looking at his or her profile.

As for pattern recognition, if you’re looking for partnership, I have a couple of red flags. One is the guy who has a lot of thrill-seeking hobbies: motorcycles, skydiving, etc. Sorry to judge, but there is a high correlation between thrill-seeking and avoidant attachment styles—especially over, say, 35. So I would usually just swipe left on those guys. Same with the guys who have a dog, a surfboard, and a jeep (sometimes there are actual kids instead of a dog), especially if they’re really hot. I found these guys generally were getting their emotional needs met by their dog and the ocean. Likewise, I would swipe left on any guy who only had one line of description on his profile. It just seems so non-committal. “I would swipe left on any guy who only had one line of description on his profile. It just seems so non-committal.” As someone who thinks about this kind of stuff a LOT, how has the digital revolution impacted the nature of finding and sustaining love?

Probably the biggest thing it’s done is to take the physical limitations off finding a partner. It used to be that your potential dates/mates would be limited to people you could actually encounter in a day. Now you can have sex with anyone, anywhere. So the digital revolution has been a big step forward from the standpoint of evolutionary biology – we can now pass our DNA along with a much wider array of people than we could before the Internet was invented.

So that’s the "finding" part. Sustaining is another story. Because when it comes to actual partnering — the building of relationships (and eventually, families) — all those advantages become liabilities. The Internet gives people the sense that there’s an endless supply of romantic or emotional possibilities—which is both true and false. If you’re not feeling connected with an actual real-life partner, virtual “connection” is just a keystroke away. People only work on their problems when they get uncomfortable enough. And there’s so much digital “comfort” out there, it can easily become a way to avoid dealing with reality.

*Sheila from Cincinnati writes, “Dear Tracy, I met a guy on Bumble. We hit it off and went out a couple times before he ghosted. But he still follows me on Instagram and likes all my posts/watches all my Stories. What’s the deal?!”

There’s a term for what he's doing — it’s called “rainchecking." Where you keep a connection alive with someone for possible use at some point in the future. My guess is that he dropped you because there was some other relationship that heated up, but he found you attractive and he thinks he might want to cash in that raincheck down the road — so he keeps the likes coming.

The bad news about this guy is that he’s probably still in a relationship with that other woman (or women) and if he does come back and you start dating, he’s going to be rainchecking a bunch of other ladies on Instagram while he’s with you. Can’t blame a guy for working whatever strategy he sees fit — just don’t delude yourself into thinking it would be different. People are pretty notorious for acting more or less the same from partner to partner — unless they have some kind of big life crisis and decide to make super-major changes. But that’s really rare. "My boyfriend asked me which I would pick if I were forced to choose between him and nytimes.com. I actually paused for a second to think and now he gives me shit about it."

Your live tweets of "The Bachelor" and "The Bachelorette" are a big hit. Any bold predictions for this season you care to share?

I just tweet what I would tell my friend if she was going through whatever is happening on the show! For this season of "The Bachelorette" — Rachel is possibly the most solid woman I’ve ever seen on the franchise. She has self-esteem, boundaries, warmth, kindness, and intelligence. I’m learning a lot from watching her interact with these men! I think Peter is a big frontrunner at the moment — I mean, he’s just so damn handsome — but I also think Kenny is going to go a long way, and so will the guy who got the First Impression rose, the one who ate Rachel alive with his kiss. But she seemed to like it, so… git it, girl.

What is your advice for dealing with an ex on social media?

Block them. It’s not personal. You just don’t need them in your face when you wake up in the middle of the night to go pee and happen to check your Insta.

I don’t know if it was this year, but the letter that the woman in the Stanford rape case read aloud to her attacker in court was brave and deep and courageous. One of the most powerful pieces of writing I’ve ever read. All the more because we are currently living in a country where more than 60 million people believe it doesn’t matter if the Oval Office is occupied by a man who boasted of sexually-assaulting women.

Do you have a favorite TED talk?

Caroline Myss talking about the choices that can change your life is some really good shit.

Tell us more about your go-to sites.

I'm an avid New York Times person. I love it so much that one time my boyfriend asked me which I would pick if I were forced to choose between him and nytimes.com. I actually paused for a second to think and now he gives me shit about it. I also love Redfin, because I’m obsessed with real estate the way some people are obsessed with, say, baseball. Right now I’m following the markets in Portland (where I used to live and my son now goes to college there), Minneapolis (my hometown, which I fantasize about moving back to) and Los Angeles. My favorite social network is Instagram, I’ll pop on anytime I have a free minute, which I’m sure drives the checkout people at Trader Joe’s nuts. As for Facebook, I have a professional page that I post on often, but my interest in my personal newsfeed ranges from 'ho-hum’ to 'get me out of here.'

After many weeks in heavy rotation, my Kendrick Lamar obsession is just now starting to wane. I listen to a lot of hip-hop generally, but "DAMN." is so next-level smart and musical — nothing else on my playlist was even coming close. For television, I’m obsessed with "The Handmaid’s Tale." It’s terrifyingly on-point! Every woman I know can’t stop talking about it. I also watched all of "Big Little Lies" — fun and delicious and the real estate was so over the top and Laura Dern had the best outfits. And last but not least, if I could only take one show with me to a deserted island, it would be "House Hunters International." Because I never get tired of watching people tick boxes, demand granite countertops and try to stay on budget.

E-comm wise, what are you coveting these days?

I can’t stop wearing my Rachel Comey wide-legged jeans. I have them in two colors and I’m trying hard not to buy a third. Hoping that confessing this to you all will somehow stop me. I’m also loving my new pair of gold Maguba Swedish clogs. You can mix and match—the color you want with the heel you want—and I could easily go crazy and get them in red, tan and maybe even pink! But that’s a lot of clogs, even for me. Who are your favorite social media accounts?

Last but not least, let’s go deep. Is a future where AI/human relationships exist dystopian or utopian?

I’m gonna say dystopian. I believe that human connection is the closest we ever get to fulfilling our divine purpose on this planet. Any attempt to replace the complexity and joy and pain and thrill and vulnerability of relationships with something more controlled or manufactured would seem to me to be a terrible misapplication of technology. Unless human beings were in danger of extinction, what would be the purpose? To design people more to our own liking? In fact, I believe relationships allow us to work through our deepest wounds precisely because we are drawn to people who will – through their “flaws” - bring whatever is unconscious in us to the surface. And we do the same for them. This is a sacred thing! Together, we get to practice loving each other more and better. Day in and day out, we learn to love another person as they are, flaws and all, and in the process, we learn to love ourselves.

*Sheila from Cincinnati does not actually exist. She is a fictional person made up for the purposes of this interview. Her dating dilemma, however, is all too real. 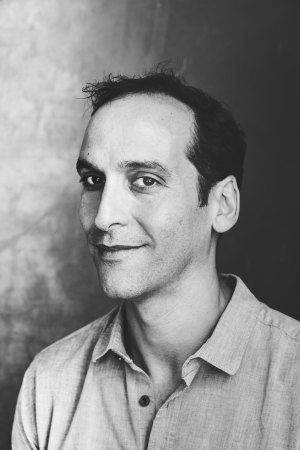 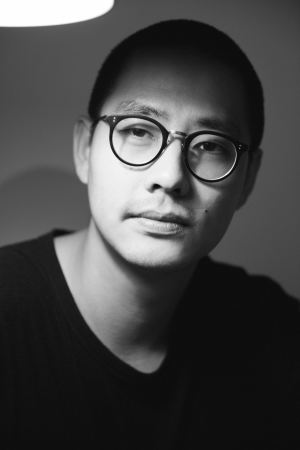