iPhone 7 with a custom built micro suction plate so that it adheres to the seat back in front of me on airplanes.

Two subsonic transducers bolted to the foundation of my house so that I can listen to music through bone transduction instead of using my ears like a sucker.

Quartz to see how the world is doing.

Coinbase for short bursts of revelry and misery in equal quantities.

A pioneer of ARG (alternate reality games) and the former Chief Design Officer at Xbox, Elan Lee is something of a legend in the video game industry. He's also a Kickstarter maestro, having orchestrated the most successful campaign in history (to the tune of $8 million) for his card game, Exploding Kittens. These days, he can be found promoting his new card game, Bears vs Babies, which will be available worldwide this fall.

First things first, we hear you currently have over 300 apps on your iPhone. Is that true?

Every time I get a new phone I’m faced with the same conundrum: Should I go through and delete some of my old apps or just pay more money for additional internal storage? I’m embarrassed to say you’ve uncovered the seven-time undisputed champion of that conflict. Oh god, Labyrinth?!?!? Remember that game? That was like the FIRST iPhone game ever! Why is that still on here? What’s wrong with me...I need help!!!

How does one harness the power of crowdfunding?

In crowdfunding most people fixate on FUNDING. That’s a mistake. They should fixate on the CROWD.

For both our crowdfunding campaigns we hit our initial funding goal in a matter of minutes, so that’s when we stopped trying to raise funds. From that point forward, everything we did was focused on using our campaign page to throw the largest party on the Internet and making sure that everyone knew they were invited.

We abandoned things like bulk discounts, stretch goals, additional reward tiers, merchandising, or any of the other staples that traditional campaigns use to try to extract more money from their backers. Instead we built a point system, social communities, and missions that rewarded our backers for taking pictures of their pets disguised as fighter jets, or gummy-bear towers balancing on their infants, or the creation of real Unicorn Enchiladas. The deal was simple: Do these silly/amazing things with us, and we’ll keep upgrading your game for free. "In crowdfunding, most people fixate on FUNDING. That’s a mistake. They should fixate on the CROWD." What kickstarter campaigns are you backing these days?

I’m addicted to crowdfunding. You know when you watch a James Bond movie, and he goes to visit Q in the lab to get outfitted with laser cutting contact lenses and a walking stick that can hypnotize sharks? Well, we all have access to that lab. It's called Kickstarter.

"Elan Backs Everything" is a blog I post to Twitter and Facebook chronicling the insane projects I back on Kickstarter. I've backed an umbrella that's an engine on a stick that blows the rain out of your way as you walk (and presumably onto everyone else), an endless desktop slinky treadmill and a pair of headphones that produces sound by vibrating your skull.

You’ve worked at some pretty legendary places like Industrial Light and Magic and Microsoft/X-Box. Who had the best company perks?

Giant companies are a pain in the ass. There’s too many people, and not enough production. I’m sure there were perks at all of them, and I’m sure they were lovely…but I don’t remember. I was focused on getting the companies out of the way so my teams could focus on our own creative output. Never quite succeeded so I started my own company.

What are you streaming right now?

Mostly podcasts these days: "You Are Not So Smart", "99% Invisible", "Radiolab", "This American Life."

What gadgets to do you rely on to get you through the day?

My iPhone. Where else am I going to play Labyrinth 7 years ago? Where do you go online when you want to laugh?

My inbox. I just watch the unread mail count go up and up as I get hysterical.

What’s the weirdest thing you’ve ever seen on the Internet?

What are your favorite social media accounts?

I’m part of a few entrepreneurial groups that I adore. Exploding Kittens is my fifth startup, and the most important lesson I’ve learned about starting and maintaining new companies is that everyone is as dumb as I am. No CEO actually knows what they’re doing...we just fake it because moving in any direction is better than stalling, and once you’ve made a mistake you likely won’t make that same mistake again. The groups that support me don’t pretend to know the answers to my questions, we can only say with certainty that collectively we’ve made more mistakes than anyone else.

What's trending in the world of video games right now?

I’ve spent the last 20 years building some of the biggest video games in the world, so I’m probably the perfect person to answer that question...but I’m not going to. I love video games. So much. But lately I’ve noticed that staring at a screen and largely ignoring the other people in the room is not the kind of experience I want to build. I’ve watched my nieces and nephews play the games I’ve made on their consoles, and I think I can do better.

I think that games should be celebratory experiences. One of the most exciting trends right now is the renaissance of analog games; it's not about the consoles or the devices, it's about the experience and the joy, and to me that's what games are really all about. The physical games I started building two years ago (Exploding Kittens and Bears vs. Babies) and the games I plan on building for the rest of my life are the sort that will make you laugh, and scream, and glower at the people you’re playing them with because those people are the ones you should be celebrating with.

Keep up with Elan: 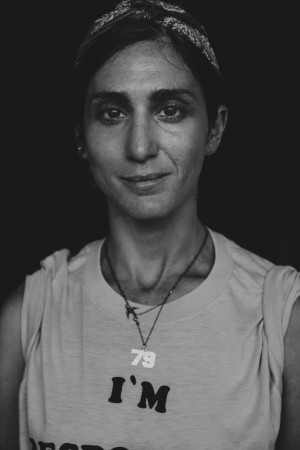 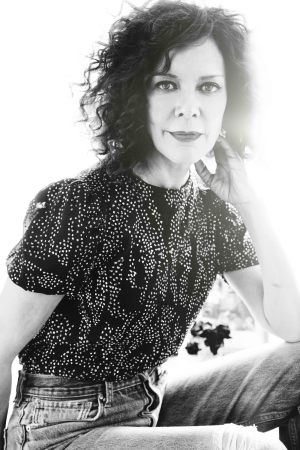